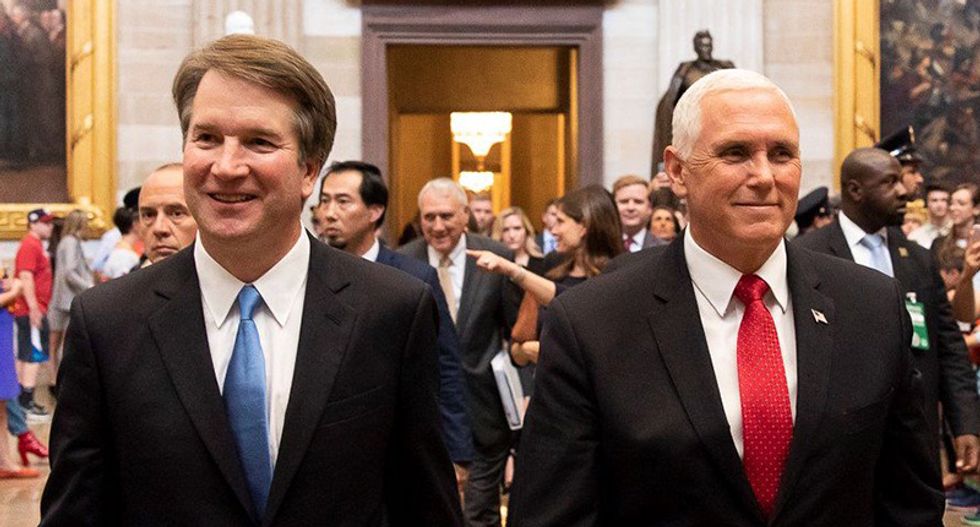 Aldous Pennyfarthing
and
Daily Kos
May 12, 2019

If you spent as much time at imdb.com looking up old Facts of Life episodes as I do, you might know that Georgia has become a popular location for numerous TV and film productions, thanks to generous tax breaks signed into law more than 10 years ago.

In fact, Gov. Brian Kemp (you know, that guy who totally stole the latest gubernatorial election by acting as both ref and competitor) has estimated that the entertainment industry employs 200,000 in the state.

That is, it did, until Georgia decided to try to make abortions almost impossible to obtain as a result of its completely arbitrary determination that a heartbeat automatically confers personhood.

Seems plenty of actors, actresses, and filmmakers are upset with the state’s antediluvian new law and are hitting back.

Several filmmakers and actors are refusing to work in Georgia after the state passed a law on Tuesday that bans abortion after about six weeks gestation, when a fetal heartbeat can be detected, before many women even know they are pregnant.

Among the production companies refusing to shoot in Georgia are Duplass Brothers Productions, which produced the Netflix documentary Aspergers Are Us; Killer Films, which has produced several Academy Award-winning and -nominated films, including Boys Don’t Cry and Still Alice; and Blown Deadline Productions, which is owned by David Simon, the creator of The Wire.

Among those threatening a boycott is Alyssa Milano, whose attempts to make Brett Kavanaugh’s skull burst into a mushroom cloud of festive Rip Taylor glitter by staring at the back of his head for several hours unfortunately failed back in September. But she never gives up, and that’s why we love her.

Also on board with a potential boycott is indie film darling and actor Mark Duplass:

Don’t give your business to Georgia. Will you pledge with me not to film anything in Georgia until they reverse this backwards legislation?
— Mark Duplass (@Mark Duplass) 1557441480.0

It’s doubtful that a boycott would actually get Georgia to reverse this absurd, antiquated law, but it does send a powerful message: The world is watching; come back to the 21st century anytime.