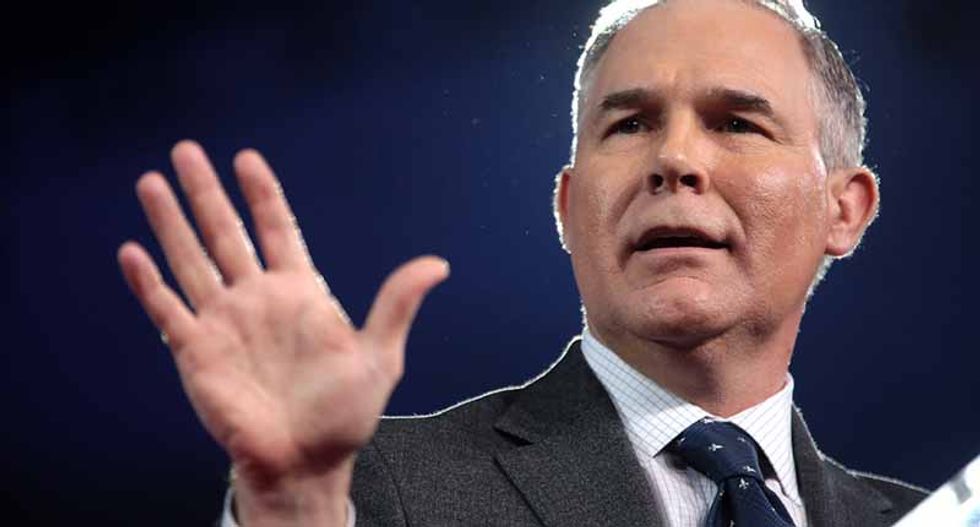 Back in the Obama days, the Environmental Protection Agency moved to ban a particularly toxic agricultural pesticide chlorpyrifos that has been shown to cause brain damage in children.

It sounded reasonable at the time as a policy for public safety, including that of farm workers as well as consumers.

But before the ban took hold, along came Trump at the White House and Scott Pruitt at the EPA to say, essentially, not so fast. After all, Pruitt could help Big Agra and Big Chemical at the same time, a kind of better economy through chemistry, even at the cost of some public health.

Indeed, news outlets, including DC Report, reported that to accomplish the feat, Pruitt had to overrule his agency’s own scientists – a kind of side benefit to remind scientists that they have their place.

Now chlorpyrifos is back in the news because Gov. Gavin Newsome has gone ahead with the ban in California, another blow in the California v. Federal Government wars over the environment.

At the least, this is another skirmish in the war for Business over Science. Here’s the good news: In California, at least, Science is fighting back, although a lot of this kind of disagreement involves deciding what makes for public safety as opposed to business efficiency.

I have to say it is a sad story that we cannot trust the government to be looking out for our health. California has been through such debates many times; a public battle over aerial spraying of malathion to squash mosquito infestations took years before Science won out over a combination of business interests and Californians who were upset that the spray might mar paint jobs on their cars.

The California ban could take up to two years to kick in. In the meantime, the state Department of Pesticide Regulation will bar aerial spraying and allow it only when there are no safer alternatives.

Chlorpyrifos, first developed as a nerve agent in World War II, has been in commercial use since 1965 to kill insects on more than 80 crops, including apples, strawberries, grapes, corn, alfalfa and walnuts.

Of course, it may kill more than unwanted insects.

California says it is a “toxic air contaminant” that could endanger human health. A state scientific panel that said the pesticide can cause serious health effects, including brain and neurological damage in children who inhale it, at lower levels of exposure than previous studies had found. The chemical has long been banned for household sale.

According to the San Francisco Chronicle, pesticide manufacturers and farm groups have argued that the chemical can be used safely. Gregg Schmidt, a spokesman for chlorpyrifos maker DowDuPont, said the state ban “would remove an important tool for farmers and undermines the highly effective system for regulating pesticides that has been in place at the federal level and in the state of California for decades.”

Under current law, the Environmental Protection Agency must consult with the Fish and Wildlife Service and the National Marine Fisheries Service to minimize harm to endangered species from pesticides that are approved by the EPA. Chlorpyrifos has been found harmful to a variety of animals.

Of course, DowDuPont has close ties to the Trump administration, DC Report noted. Dow Chemical, which merged with DuPont in August, contributed $1 million to help pay for Trump’s inauguration, and DowDuPont Executive Chairman Andrew Liveris led a White House manufacturing working group that has since been disbanded.

In a lawsuit by environmental and farmworker groups, joined by California and six other states, a federal appeals court ruled in August that the national ban must go into effect and that the EPA had presented no evidence to justify a delay. But the court agreed in February to reconsider that ruling and has now given the Trump administration until mid-July to make a final decision.

According to The Chronicle, the appeals court said nationwide EPA studies since at least 2008 have found that chlorpyrifos is a likely cause of low birth weight, delays in mental development and attention and behavior problems in youths who are exposed before birth or in early childhood. The most recent EPA report, in November 2016, said the pesticide posed “dietary and drinking water risks,” as well as “risks to workers who mix, load and apply chlorpyrifos pesticide products.”

I know we are pushing jobs over all else, but let’s have a little common sense please about using nerve agents to control agricultural insect populations.