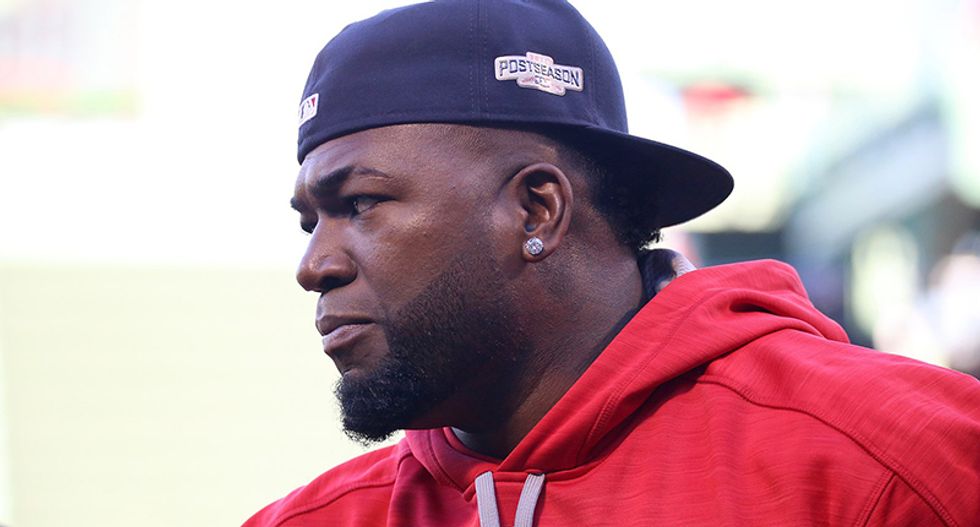 Former major leaguer and legend David ‘Big Papi’ Ortiz is standing behind Red Sox manager Alex Cora’s decision and the decision by several other players, to boycott Donald Trump at the White House.

Ortiz was on World Series teams that visited George W. Bush and Barack Obama, but visiting Trump is a whole another story, as Ortiz explains in a way only he can.

“I’m an immigrant. When it comes down to the political side of it, I don’t know much about politics and things like that, but when it comes down [to] the way immigrants have been treated, it’s something that goes a long way,” Ortiz, who was born in the Dominican Republic, told WEEI earlier this week. “You don’t want to go and shake hands with a guy who is treating immigrants like [expletive] because I’m an immigrant.”

Ortiz is a legend in Boston and his defense of Cora is strong and true.

Cora passionately explained the reason why he won’t attend and it has to do with the suffering of his people in Puerto Rico. Cora is concerned with the well being of people who continue to struggle today. Trump could care less about PR and that’s to be expected from the heartless sob, but to Cora this is very personal.

But Cora has been clear about his reasons for skipping the White House ceremony, tying the decision to the lingering resentment in Puerto Rico to the Trump administration’s response to Hurricane Maria, which killed more than 3,000 in September 2017. On Sunday, he pointed out Puerto Ricans are “still struggling, still fighting” while lacking “basic necessities” almost a year and a half later.

“It was a decision I made with a lot of conviction,” he reiterated Monday. “… I think the message was clear [and] simple, and everybody understands. I don’t feel comfortable going to a celebration while we’re living what we’re living back home.”

Cora is right. I personally would be totally disgusted going there to shake the little hand of this racist, who gleefully tweets lies about aid to Puerto Rico to gin up his racist base of supporters. Good for Cora and Ortiz boldly expressing their rebuke of this vile “president”. We are stronger than what’s in the White House and we will defeat this hate.