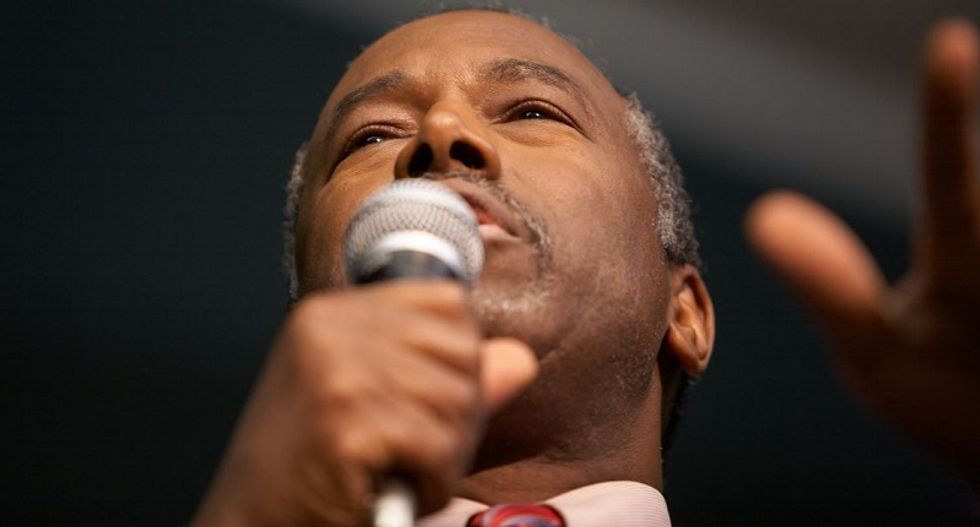 On Tuesday, Housing and Urban Development Secretary Ben Carson sat before Congress and told them he had no plans to alter an Obama-era rule mandating equal access protections for LGBTQ people to federally-funded homeless shelters.

“I’m not currently anticipating changing the rule,” Sec. Carson told Rep. Jennifer Wexton (D-VA). He also said it is his responsibility is to “make sure everybody is treated fairly,” as The Washington Post and ThinkProgress report.

On Wednesday Carson's Dept. of Housing and Urban Development published proposed changes to the rule that would strip those protections, based on the shelter operator's beliefs, including religious beliefs.

Secretary Carson's performance Tuesday before Congress was so bad on multiple fronts he was immediately mocked.

But now he's being accused of having "lied to Congress or has no idea what policies his agency is pursuing," as the Virginia Congresswoman said Wednesday afternoon on Twitter when she posted video of her exchange with Carson:

Wexton is not the only one suggesting – or saying outright – that Carson lied to Congress.

Calling his remarks "fiction," the Center for American Progress issued a statement saying: "He lied, misled, or—at the very least—didn’t know what his own agency was up to."

Others are echoing the claim Carson lied – or has no idea what's going on. The National Center for Transgender Equality says outright, "he lied."