Barr has the US on 'the road to tyranny': Hillary Clinton calls out Trump's AG over his shameful Senate testimony 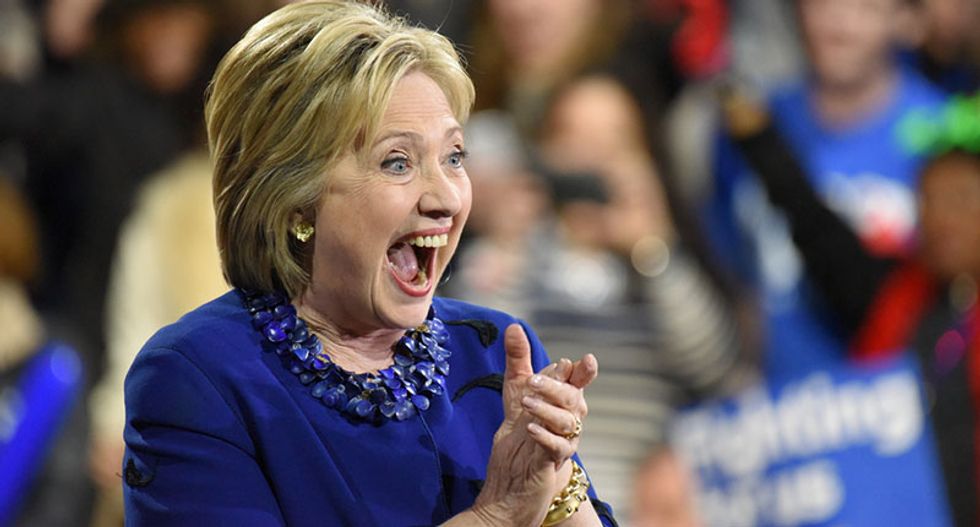 Attorney General William Barr said a lot of outrageous, terrifying things in Wednesday’s testimony to the Senate Judiciary Committee, and this might be one of the worst: According to Barr, if a president believes an investigation “was based on false allegations, the president does not have to sit there, constitutionally, and allow it to run its course... The president could terminate that proceeding, and it would not be a corrupt intent, because he was being falsely accused.” Talking to Rachel Maddow afterward, Hillary Clinton called that idea out for what it is.

”That is the road to tyranny,” Clinton said. “That is what authoritarians believe and those who service them argue. The positions being taken and advocated by Barr were unlike anything that I’ve ever heard of, that were ever accepted with any level of seriousness before.”

To Barr, all a president would have to do is say the allegations were false and that would be it, because the investigation to find out if they were really false would be over. Somehow I don’t think that Barr would have applied that logic to a President Hillary Clinton and I don’t think he’d apply it to the presidency of any of the 21 Democrats running to oppose Trump. This is more of Barr scrambling to cover for Trump by any means necessary, and Clinton is right: It’s the road to tyranny. We are not talking about the entrance ramp to the road to tyranny, either. We are talking about many miles along the road, with Barr putting his foot on the gas as the exits fly by.