Are ExxonMobil execs the most evil people in the 200,000-year history of humanity? 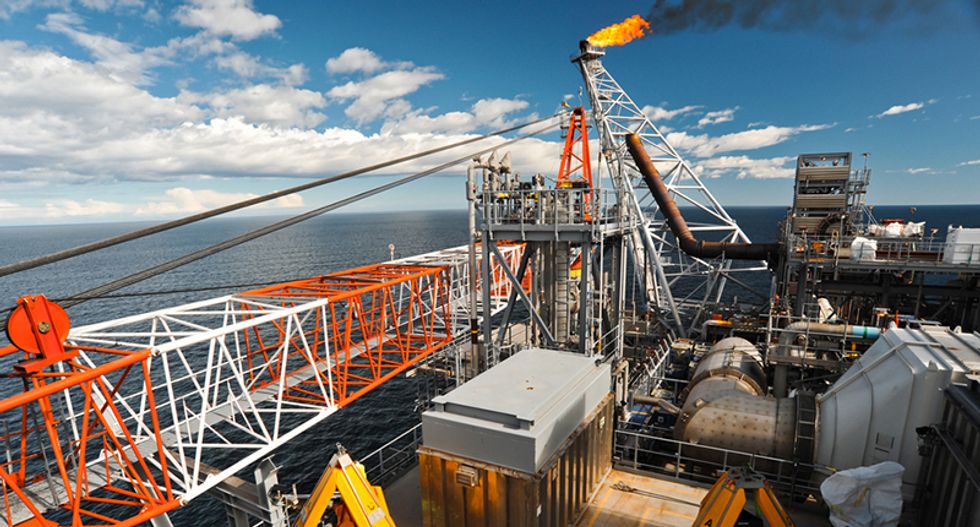 Internal ExxonMobil documents show that the company’s scientists predicted in 1982 that by 2020, parts per million of carbon dioxide in earth’s atmosphere would reach 410-420 ppm. For the first time this spring ppm of CO2 exceeded 415.

The memo says in part,

Considerable uncertainty also surrounds the possible impact on society of such a warming trend, should it occur. At the low end of the predicted temperature range there could be some impact on agricultural growth and rainfall patterns which could be beneficial in some regions and detrimental in others.

At the high end, some scientists suggest there could be considerable adverse impact including the flooding of some coastal land masses as a result of a rise in sea level due to melting of the Antarctic ice sheet.

They understood that the full effect of this vast increase in heat-trapping gases in the atmosphere would cause enormous changes, though much of the damage would occur centuries down the line.

The company covered up these memos and staged a multi-million-dollar disinformation campaign to throw doubt on the reality of human-made climate change, to ensure that ExxonMobil could go on making billions in profits each year from selling gasoline.

The scientists nailed it. ExxonMobil nailed it. They can be proud of their scientific prowess and predictive abilities, right?

Wrong. They are evil.

They are the most evil human beings to walk the earth since Homo Sapiens emerged in southern Africa around 200,000 years ago.

ExxonMobil has single-handedly been conducting a vast terraforming experiment that will displace hundreds of millions of people. Some two-thirds of Egypt’s 100 million people live in the Nile River delta, which has low elevations and some of which will be submerged even in the current century. Bangladesh isn’t going to be there after a while, displacing 150 million people.

This is not to account for the increased destructiveness of tropical storms or the acidification of the oceans, which will likely kill off half of marine life.

Characters in science fiction that wreck a whole planet are rare. George Lucas’s Darth Vader destroyed a planet with the Death Star in Star Wars. Stan Lee’s Thanatos wiped out half the population of earth in The Avengers: Endgame. In 2009’s Star Trek the mad Romulan Nero destroyed the planet of Vulcan with 6 billion people on it.

CEOs of ExxonMobil such as Lee Raymond or Rex Tillerson or currently Darren Woods are banal in their evil, as Hannah Arendt would lead us to expect. They probably aren’t even interesting to talk to. They are like wind-up toys, their springs being profit, that can’t change direction, driving toward extinction.

But they are much worse in the practical effect of their evil than Hitler or Pol Pot or any of the other genocidal maniacs we’ve seen in the past century.

They deliberately wrecked a planet to make a few bucks (in Lee Raymond’s case, $400 million of them). Tens of millions of human beings will die so that they can have private planes and huge mansions.

They are Darth Vaders and Thanatoses, they are destroyers of a planet. And they manage in their cupidity and their cunning and their dishonesty to be utterly boring and worthy of no one’s interest as people. They lack a soul.

Sooner or later the judges will permit people to begin suing ExxonMobil for the environmental damage it has caused. The judges are turning these suits back now. But minds will change.

All it would take would be one gigantic glacier from Antarctica to plop in and suddenly raise sea level noticeably, a sort of climate tsunami. I wish it wouldn’t happen, but it will. The question is only when, as Exxon noticed in 1982. Judges in Miami would notice.

The company is doomed to an early bankruptcy.

Get your money out of it if you hope to retire.

And switch to public transportation or an electric car as soon as you can afford to.

That is the only redemption we will have from this cabal of evil, to know that they are already on the trash heap of history and have no part in the future of our increasingly challenged planet.

Their names will be vilified for as long as human beings live.