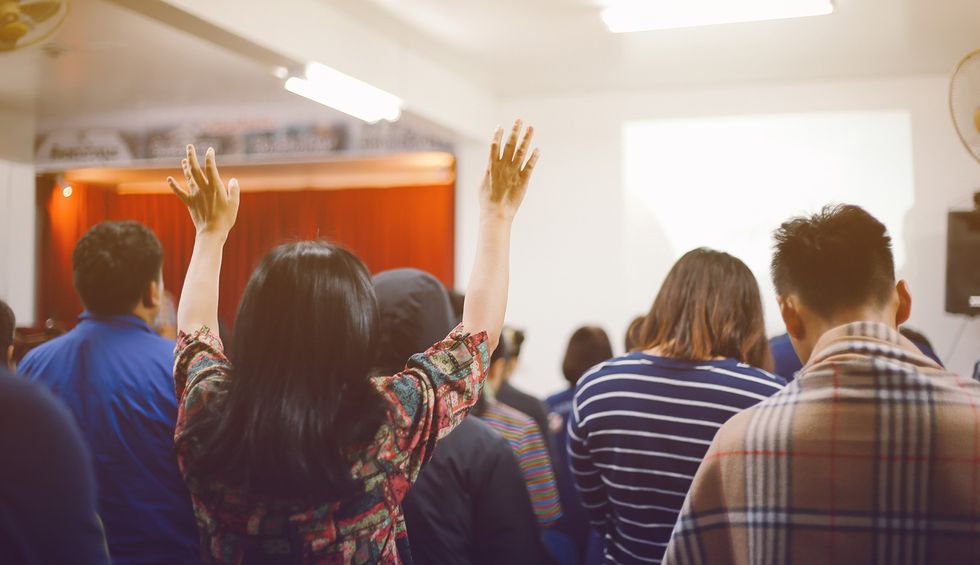 Image via Shutterstock.
Sarah Burris
and
Raw Story
May 30, 2019 The Right Wing

In an op-ed in the New York Times, Schenck gave his life’s story of advocating for anti-choice judges be appointed to the Supreme Court. He’s led vigils for Clarence Thomas and celebrated Antonin Scalia. He recruited and trained protesters to block doors of clinics and shame women as “baby killers.” He was even arrested by the Secret Service for his role in throwing an aborted fetus at Bill Clinton in 1992.

But over the last ten years, he changed his mind. Unlike many in the anti-choice movement, Schenck began to understand that being anti-choice does not mean pro-life. Instead, it means anti-life. “It would be destructive of life,” he concluded.

“I have witnessed firsthand and now appreciate the full significance of the terrible poverty, social marginalization and baldfaced racism that persists in many of the states whose legislators are now essentially banning abortion,” Schenck wrote. “If Roe is overturned, middle- and upper-class white women will still secure access to abortions by traveling to states where abortion is not banned, but members of minorities and poor whites will too often find themselves forced to bear children for which they cannot adequately care.”

Schenck’s understanding of the issue seems lost on other anti-choice politicians like Mike Pence, who is working with evangelicals to cut funding to teen pregnancy prevention.

With pregnancy prevention programs, there are fewer abortions. As Colorado showed, once the state gave free birth control to women in the state, abortions were cut by 64 percent. It proves, once again, that so-called “pro-life” activists aren’t interested in reducing the number of abortions in the country. For some reason, they seem to want to force women to give birth or punish women for getting pregnant. Men involved in the pregnancies, however, are ignored.

“What is ‘pro-life’ about putting a woman in a situation where she must risk pregnancy without proper medical, social and emotional support?” Schenck asked. “What is ‘pro-life’ about forcing the birth of a child, if that child will enter a world of rejection, deprivation and insecurity, to say nothing of the fear, anxiety and danger that comes with poverty, crime and a lack of educational and employment opportunities?”

Schenck talked about the new law in Alabama, where he confessed he did time for his activism in the early 2000s.

“While being processed and incarcerated, I met men and women — primarily members of minorities and poor whites — whose daily lives consisted of one crisis after the next,” he said. “Many of them lacked even the most rudimentary life skills, including what it takes to parent a child. They were in a state of perpetual panic about money, about the bewildering circumstances they found themselves in, feeling victimized by their very existence. Some spoke to me of their children, agonizing over how helpless they felt in providing anything for them.”

Hearing the stories made him feel “hollow,” he said. Once abortion services are outlawed in Alabama, Schenck wonders if churches and so-called pro-life organizations he worked with for 30 years will do whatever it takes to help care for those children women are forced to give birth to. These children will need to be cared for, will need medical and dental care, some will be given up for adoption or foster care. The children will need education, clothing and social services most states are cutting funding for.

Schenck recognizes that those he once protested with will likely see him as a traitor, but he sees his new activism as part of what an actual pro-life policy would look like. Indeed, most anti-choice politicians and activists aren’t serving as foster parents nor are they adopting children. They’re not operating food banks for poor mothers, or offering free child care for mothers who want to support their families. They’re simply holding signs and screaming “baby killer!” at every woman walking into a clinic.

“I wish every child could be fully nurtured and cared for, and could experience all the wonderful possibilities that life can offer,” he wrote. “But that is not how things turn out for every mother and child. As I’ve preached countless times, loving our neighbors means meeting them where they are, not where we want them to be.”

Read his full op-ed at the New York Times.