America’s global dominance is collapsing — here's what could happen next 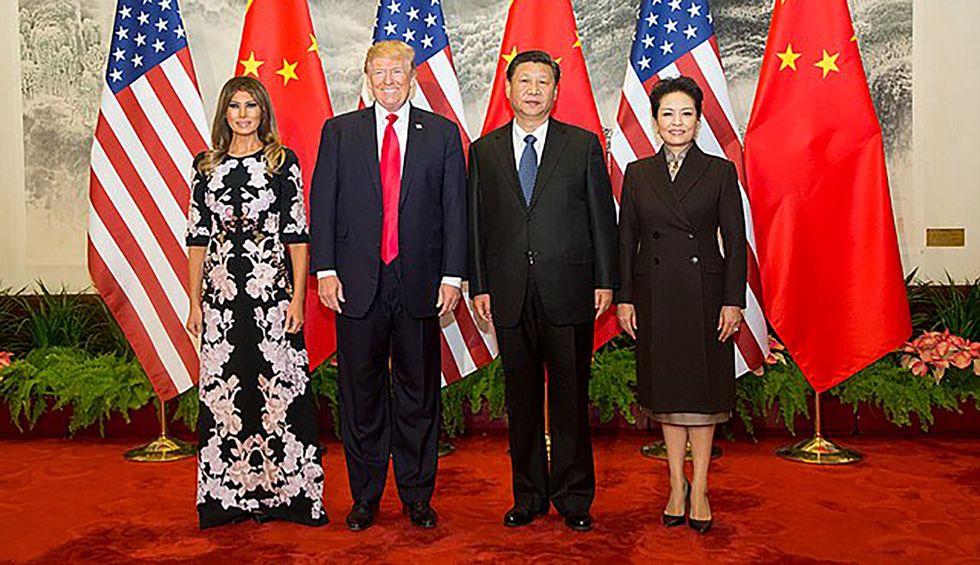 The breakdown in the Sino-U.S. trade talks has led a number of commentators to suggest that America’s “unipolar moment” of post-Cold War preeminence is over, as Washington lashes out against a rising China, whose economic rise threatens America’s historic dominance. Direct military violence is highly unlikely, given the inherent fragility of high-tech civilization. We therefore may see Cold War–style conflict between the two superpowers, as relations in trade or national security matters become increasingly poisoned.

So what happens to the rest of us? Will a hitherto globalized world increasingly retreat into bifurcated competing blocs, much as occurred under the original Cold War? Or can the rest of the world develop a more muted and stable form of multilateralism?

After all, we are well past the point where parts of the globe are increasingly carved up via competing ideologies (e.g., capitalism vs. communism), given today’s broad embrace of various permutations of capitalism, or divided via proxy wars, or the “great game” of colonial expansion. Today, most nations focus on maximizing the relative productivity of their own respective economies, as opposed to establishing their ideological bona fides as quasi-colonial client states for either the United States or the former Soviet Union. Another important dimension to recognize is that what we understand to be global or international is, for the most part, owned and controlled by industrialized countries: 93 percent of foreign-owned production is controlled by Organization for Economic Cooperation (OECD) economies. Even the historic tendency to focus on state power should be questioned in this moment. In 2016, 69 of the world’s largest 100 economies were corporations, with their own range of interests and methods of functioning.

One of the (self-serving) fears governing the end of American hegemony is that in its absence, the world will inevitably revert to some sort of brutal Hobbesian “state of nature” characterized by a balance of power clashes, in which the strong dictate to the weak.

Is that a reasonable assumption? The reality of the 21st-century world is that neither the United States nor China can readily force third-party countries to join their respective competing blocs as the United States and Soviet Union were once able to do. Of course, they both have leverage, but these are often overstated. China can periodically raise the specter of a rare earths cutoff (used in everything from lithium batteries, cell phones, wind turbines, or electric cars), or threaten to liquidate its stockpile of U.S. Treasuries to cause a collapse in the dollar and bond market in order to flex its muscles. But rare earth production can ultimately be established elsewhere, and the “nuclear option” of selling U.S. bonds is a fantasy (see here for the reasons). Likewise, the United States can deploy trade sanctions, or military muscle. But this kind of aggressive unilateralism is ultimately self-defeating, as it drives away potential allies in the process.

Indeed, the so-called era of “Pax Americana”—an alleged state of relative international peace overseen by the United States—has not been all that it has been cracked up to be. Since the fall of the Berlin Wall, “Pax Americana” itself has been characterized by a surprisingly large number of unilateral wars of choice from “Americana,” and comparatively little “Pax.” There’s no reason to expect that to change under a bullying U.S. president, dominated by hawkish champions of perpetual warfare such as John Bolton and Mike Pompeo. This is particularly the case, given that the virulent nationalism embodied in Trump’s “America First” vision is largely unilateral in scope and therefore inimical to alliance-building. Rather than seeking a voluntary coalition of the willing, the Trump administration tends to rely more on a coalition of the coerced.

Developing economies could offer themselves up as viable supply chain manufacturing alternatives in the growing Sino-U.S. trade dispute, without actually being forced to take sides, whether they be an emerging Asian economy like Vietnam, a growing South Asia power such as India, or a Eurasian regional player such as Turkey or Iran. They can do so safe in the knowledge that there is a multiplicity of developmental modes to national prosperity (as opposed to an economic bible directed on high from Washington-dominated institutions such as the International Monetary Fund). To take a very basic example, blueprints for factory construction are downloadable from the internet.

As for Europe, it may share some of America’s ambivalence toward Beijing, but it remains highly resistant to the confrontational (and increasingly militarized) posture toward China that Washington urges upon them (especially as such confrontation appears to be coming at the EU’s own economic expense). Europe is increasingly moving to extricate itself from the U.S. security umbrella, whether via proposals to create a new European security policy to boost defense cooperation, or developing an alternative payment system to modify U.S. dollar dominance in the current Society for Worldwide Interbank Financial Telecommunications (SWIFT) payments system (particularly given the recent American proclivity to weaponize SWIFT as a means of punishing what the United States sees as “rogue regimes,” such as Iran). Therefore, in the words of Financial Times columnist Wolfgang Munchau:

“The most creative thing the EU can do in the current circumstances is to leverage the instruments it already has, and turn them into geopolitical tools. Among such instruments, none is more potent than the euro, especially if combined with a deep capital markets union and a pan-eurozone treasury bond and treasury bills. If there is one reason to keep the euro, this is it.”

There are also increasing signs of a growing rapprochement between the EU and Russia, in spite of the latter’s annexation of Crimea. Certainly, as global polarization increases, the EU is less likely to reflexively submit to the current U.S. dollar-centric monetary system, given mounting geopolitical divergences and increasing trade tension. Even the national populist governments in Europe that are ostensibly more aligned with Trump ideologically (e.g., Hungary, Italy)are more obsessed with Islamophobic policies than in containing China, which shares their anti-Muslim views. From Europe, accordingly, we should expect to see this policy divergence reflected in efforts to expand the influence of the euro (which was originally designed in part to mitigate the dollar’s “exorbitant privilege”), as well as accelerating energy ties to Russia via Nord Stream 2.

Accepting multipolarity does not simply mean assuming a reversion to an Adam Smith-style “Wealth of Nations” world whereby individual nation-states trade with each other on the basis of some outdated 19th-century concept of “comparative advantage.” The recently announced Fiat Chrysler–Renault merger demonstrates that many industries will continue to transcend national borders. Disrupting supply chains is easier said than done. But as this particular merger demonstrates, such tie-ups are likely to become more regionalized, less geographically diverse (especially as this particular one could well be accompanied by some diminution of the ties between Renault and Nissan).

The European Union and Asia stand out as two obvious blocs (although in the case of the latter, Japan’s military ties with the United States and its problematic history with China complicate the geographic logic). In this regard, the European Union is probably evolving, albeit in fits and starts, toward the optimal future template (especially if and when it drops its prevailing austerity bias). Ironically, Trump himself might have catalyzed this evolution in a way that no other factor could do.

As far as the United States itself goes, given the increasingly tenuous ties with the EU, plan B is likely a smaller U.S. bloc consisting of NAFTA (the newly reconfigured USMCA Treaty providing a template), and possibly the Anglosphere (given the linguistic and cultural ties). On paper, the GDP would be less than in an ideal U.S.-EU bloc, but it would be an actual coherent American-led bloc. By some projections, Mexico will be the seventh-largest economy in terms of purchasing power parity (PPP) by 2050.

Geopolitically, the task that falls to most nations is to grasp that this is not an “either/or” existential choice like the old Cold War. More likely, it will be a “back to the future” embrace of the old Palmerstonian idea that there are no eternal friends or allies, only eternal interests, which can change from time to time. It does not follow that the resultant global Balkanization will inevitably lead to Balkan-style conflicts. Nor is there any ironclad law mandating that multipolarity is inextricably tied to a Hobbesian world that is “nasty, brutish and short.” If nothing else, the experience of a once war-torn Europe dominated by centuries of destructive conflict evolving into a far more stable European Union should give rise to some comfort that an alternative paradigm is possible if the countries concerned simply seize the opportunity. Nation-states are not going to disappear, but the narrowly destructive forces unleashed by Trump and his populist counterparts in the rest of the world do not represent a viable alternative.