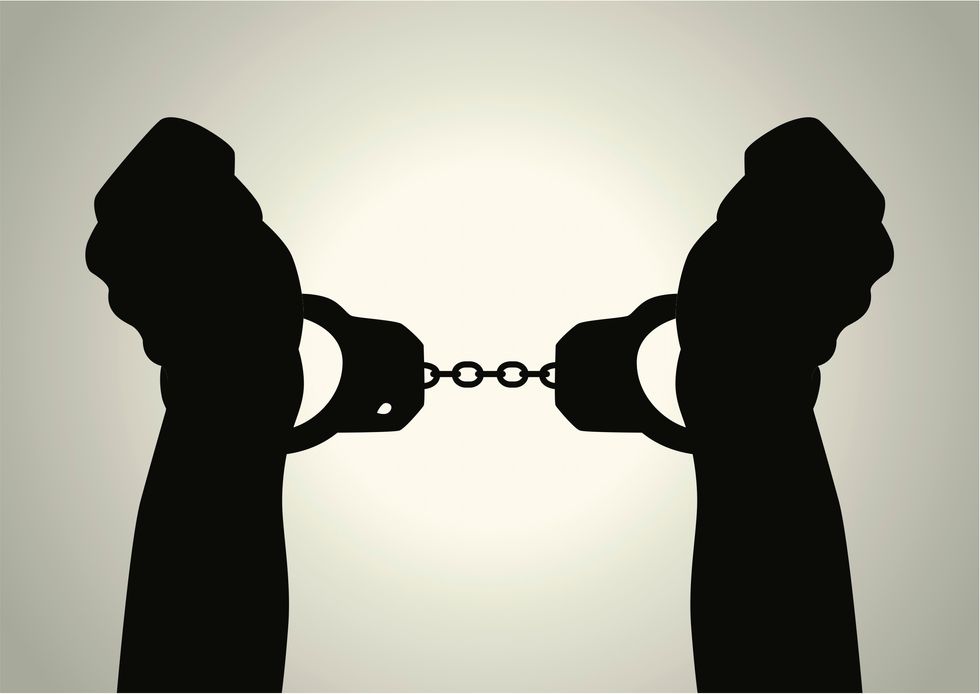 Back in 1994, in the depths of the war on drugs, Sonny Mikell picked up a third federal drug conviction in Florida and was handed a mandatory minimum sentence of life in prison. No guns, no violence, but the 22-year-old black man was still looking at spending the rest of his life behind bars.

“I had jobs off and on, I worked as a cook, but I got on the path of selling drugs and caught and charged in 1991 and 1992, and then caught that last one in ’94,” Mikell said in an interview last week. “And they gave me a life sentence for conspiracy to sell crack. All they needed was the two priors, and then they could hand down a life sentence.”

Sonny Mikell is emblematic of the tens of thousands of people, disproportionately black and brown, imprisoned with draconian sentences under increasingly repressive drug laws passed with bipartisan support in the 1980s and 1990s. The war on drugs caused both state and federal prison populations to skyrocket, cementing the land of the free’s status as the world’s leading jailer.

In the federal prison system, where Mikell did his time, fewer than 5,000 people were doing time for drug offenses in 1980, before the Reagan-era acceleration of Nixon’s drug war. By 1995, that number had increased a whopping tenfold to more than 52,000. With more harsh drug sentences in the 1994 crime bill, the number of federal drug prisoners doubled again to a peak of nearly 99,000 in 2010 before beginning to fall as 21st-century efforts to undo the damage of mass incarceration began to kick in.

For 25 years, Mikell did his time quietly while picking up only one minor disciplinary infraction. “I worked, I was a cook in the kitchen, I studied law, I worked on my case, I filed motions to try and see what could help,” Mikell said of his years behind bars. “Most got denied.”

But as Mikell and thousands like him rotted behind bars for decades, attitudes toward the war on drugs and the resort to mass incarceration to wage it have changed and pressure for relief mounted. Given the failure of the war on drugs to eliminate or even reduce drug use and given the damage done to communities of color by heavy-handed policing and ever-increasing numbers of breadwinners hauled off to prison and families disrupted, the states began embracing sentencing reforms shortly after the turn of the century.

But it would take a few years more for those new realizations to work their way to the federal law and give Mikell and his fellow federal drug war prisoners the hope that they might somehow, someday be given a second chance. That came under the Obama administration.

While Obama-era Attorney General Eric Holder took significant steps to ease drug-related mass incarceration, such as advising prosecutors to not seek the toughest possible charges, it was the passage of the Fair Sentencing Act in 2010 that marked the first effort to redress the inequities of the drug war. That law reduced—but did not eliminate—the disparity in the sentencing of crack and powder cocaine offenses. According to the U.S. Sentencing Commission, the new law helped both to reduce the federal prison population and to lower sentences for new crack offenders.

But because the new law wasn’t retroactive, it did no good for Mikell and his imprisoned peers. That changed in 2011, when the Sentencing Commission voted to retroactively apply new, more lenient sentencing guidelines in the Fair Sentencing Act to people sentenced before the law was enacted. With that move, thousands of federal prisoners have been able to seek and obtain sentencing reductions.

But not Sonny Mikell. The Sentencing Commission’s move only affected federal sentencing guidelines, not the mandatory minimum laws that had him in a box for life. It would take that rare Trump-era bipartisan achievement, the passage of the First Step Act late last year, to give Mikell a shot at freedom. That law extended the sentencing reductions for crack offenders to people sentenced prior to the passage of the Fair Sentencing Act—even those with mandatory minimums.

“Hoping it was my chance, I filed for clemency when Obama was in office,” Mikell recalled. “The Clemency Project tried, but I get denied. I told myself I couldn’t lose hope, and when the First Step Act passed and made those sentencing cuts retroactive, I contacted my lawyers and asked if I qualified.”

“I was assigned to Sonny’s case,” explained Juliann Welch, a federal public defender in the appellate division of the Middle District of Florida. “The judge set a hearing for the case on March 15 and I was ready to argue that he was eligible for some relief, but the judge had already reviewed the records and said he didn’t see any reason to keep Sonny in prison and reduced his sentence to time served right there.”

Even though federal prosecutors objected to the summary ruling, Welch said it was clearly the correct call: “When they passed the First Step Act, sentences like Sonny’s are the wrong they were trying to right,” she said. “He had never done a day in prison and then got a mandatory life sentence as a young kid for a nonviolent drug crime.”

“Ms. Welch called me the same day the judge issued the order, and they gave me a bus ticket home,” Mikell recalled. “That’s all they gave me.”

In the couple of months that Mikell has been free, he’s been reuniting with family, trying to catch up with technology, and trying to reestablish himself in society.

“I have good family support,” he said, explaining that the mother of a woman he had dated basically adopted him while he was in prison. “She is a goodhearted woman, she always stayed in contact, and she’s still there. It was a sight for me to see her. I can still hardly believe it. I still don’t know how to use these phones, though,” he laughed.

But being able to find employment is no laughing matter for an ex-con. “I’ve got a driver’s license and I’m looking for a job, but people want to know what’s on your resume, where you’ve been. Every day I try to find a job, but it’s tough with that hanging over my head.”

Mikell has something else hanging over his head, too: A potential move by federal prosecutors to appeal his sentence cut and send him back to prison for life.

While prosecutors have yet to actually file their appeal to send Mikell back to prison, Welch said their legal issue was a bit of sentencing arcana that revolved around the weight of the drug for which he could be held culpable. Although he was only found guilty for 50 grams by a jury, a sentencing judge using a lesser standard of evidence in effect at the time found him culpable for 290 grams.

Prosecutors will argue that current federal drug statutes that have a 280-gram cutoff would render Mikell ineligible for release under the provisions of the First Step Act. Welch is prepared to fight that case on its merits but wonders what the prosecutors are thinking.

“Even though the judge found him responsible for 290 grams, the government never proved anything beyond 50 grams,” she said. “But we will argue it and have to wonder why they think a sentencing finding of 10 extra grams is worth sending him back to prison for life.”

“I think that’s just wrong,” said Mikell. “The law is designed to help guys like me who have been in for years and years. It gives judges the discretion to give a man a second chance, and these prosecutors are coming back and saying we want you in prison, but they’re not looking at the individual, just the law. I didn’t do any violent crime on the street or in prison. I don’t understand why they’re trying to send me back to prison.”

Neither does public defender Welch. “They haven’t moved to reincarcerate him pending appeal,” said Welch. “If they really thought he was a public threat, they would have moved to keep him in prison, but they didn’t.”

Appealing First Step Act sentence cuts would seem to run counter of the law’s goals, and it’s not clear who in the Justice Department is advising prosecutors to appeal Mikell’s case, Welch explained.

“The U.S. Attorney has to have the permission of the Solicitor General to appeal, but we don’t actually know how far up the chain this has gone,” she said.

Hundreds of inmates have already received sentence cuts under the First Step Act, but at least one other released prisoner has been threatened with an appeal. Gregory Allen’s was a similar case to Mikell’s, with federal prosecutors raising the same legal issues.

In Allen’s case, though, prosecutors voluntarily dismissed the appeal. Maybe it was because they thought it would look bad since the man they were going after had just been to the White House in an event where President Trump hosted ex-inmates helped by the First Step Act.

“We don’t know why that dropped that appeal,” Welch said. “We suspect it had something to do with the optics. The Justice Department and U.S. Attorneys have to consider which cases they want to make the face of this fight.”

Prosecutors have until the end of the month to actually file their appeal. Welch and Mikell are hoping they will reconsider. After all, that’s what the First Step Act is supposed to do.