A 'living nightmare': Study breaks down the real victims of antisocial behavior 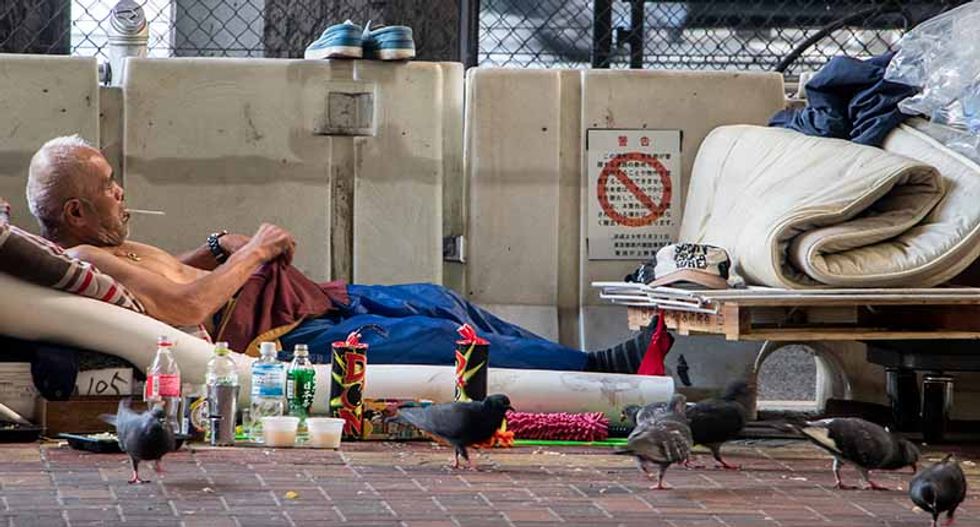 image via Shutterstock.
The Conversation
May 05, 2019 News & Politics

For some people who repeatedly experience or witness anti-social behaviour it can have a devastating affect on their lives. A new report from the Victims’ Commissioner for England and Wales has called it a “living nightmare”. Findings from our ongoing research were included in the Commissioner’s report and they help to explain who is experiencing anti-social behaviour and in what context.

Anti-social behaviour is defined in UK law as “conduct that has caused, or is likely to cause, harassment, alarm or distress to any person”. This might include, for example, nuisance neighbours, street drinking, fly tipping or evidence of drug use. The latest figures from the Crime Survey for England and Wales (CSEW) suggest that 37% of those who responded to the survey had experienced or witnessed some form of anti-social behaviour in their local area in the year ending December 2018 – the highest percentage since this data was first collected.

The CSEW is widely considered to be the best source of victimisation data internationally. Conducted since 1981, the survey collects information on experiences of crime and anti-social behaviour, and other contextual information on victims, such as their household and where they live.

Respondents are asked if they have experienced or witnessed anti-social behaviour within a 15-minute walk of their home in the previous 12 months, how often the incidents happened, and what happened next. In our analysis of data on anti-social behaviour from the CSEW, we found that five key themes emerged.

Second, we also found that certain types of anti-social behaviour were more prone to repetition, including environmental nuisances – such as litter, fly tipping or dog fouling – as well as begging, behaviour related to vehicles, and people using or dealing drugs.

As the graph above shows, for the majority of the types of anti-social behaviour that we analysed, more than half of those experiencing or witnessing the behaviour, did so at least once a month. This highlights the repetitive and persistent nature of much anti-social behaviour. It also underlines the importance of not viewing incidents in isolation, a point echoed in the Victims’ Commissioner’s report.

Third, certain people and households are more likely to experience anti-social behaviour – and this varies depending on the type of behaviour. Those more likely to witness street drinking or drunken behaviour, for example, tend to be younger, white people with educational qualifications. They also tend to have lived in a terraced house or flat in an urban, income-deprived, higher-crime area for more than 12 months.

Those more likely to witness youths, teenagers or groups hanging about, also tend to be younger with educational qualifications. However, they tend to have a household income of more than £30,000 and have lived in a flat in an area with higher-income deprivation for more than 12 months. Having said this, the households who are more likely to experience anti-social behaviour are not necessarily the same as those who report the highest impact on their quality of life.

Fourth, we found that nuisance neighbours and out of control or dangerous dogs are the types of anti-social behaviour that have the greatest impact on quality of life. The report from the Victims’ Commissioner presents a number of case studies illustrating the devastating impact anti-social neighbours can have on a person’s life. One victim, for example, said: “The stress and sleep deprivation he caused wrecked my mental and physical health.”

The CSEW provides a more accurate picture of the extent and nature of crime and anti-social behaviour than data records of police incidents do. The final evidence our analysis showed was that approximately 31% of incidents of anti-social behaviour are reported to the police, local authority or to a housing association or private landlord.

While it’s still unclear why so few incidents are reported, one potential reason, highlighted by victims interviewed in the Victims’ Commissioner report, could relate to issues regarding the 101 non-emergency phone line which costs 15p per minute. While victims are encouraged to call 101, rather than the free 999 service used to report crime, often they can face long delays.

In relation to crime, the CSEW reveals a variety of reasons why some victims don’t report incidents to the police, including that they felt the incident was too trivial, that the police couldn’t do anything, or that they dealt with the incident themselves. It’s possible the same reasons could apply to anti-social behaviour.

Understanding who is most likely to experience anti-social behaviour can inform interventions to prevent the recurrence of incidents and the accumulation of the harms it causes. At a time when many organisations’ resources are stretched, it makes sense to focus efforts where they are most needed: towards victims of potentially high harm, repeated and persistent anti-social behaviour.

Our findings also highlight the diverse nature of anti-social behaviour. They suggest that an approach involving a range of partners including the police, local authority, housing associations, landlords, businesses, the National Health Service and the voluntary sector, is needed to develop and implement effective responses.