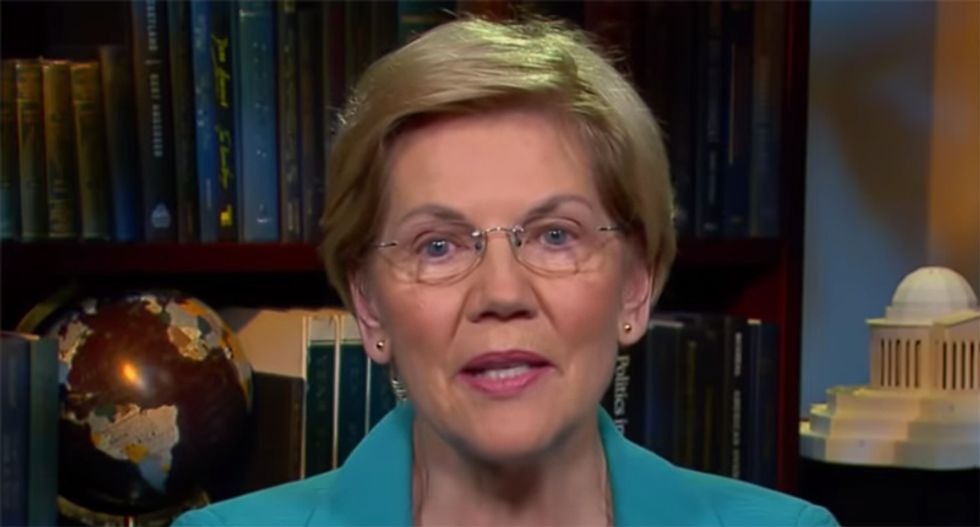 Sen. Elizabeth Warren made clear Wednesday that she has no sympathy for one of the Trump administration's top bank regulators after he called a tough line of questioning on Wells Fargo "insulting."

"Good," responded Warren, a 2020 Democratic presidential candidate, after Office of the Comptroller of the Currency (OCC) chief Joseph Otting objected to the Massachusetts senator's criticism of the Trump administration's bank-friendly regulatory practices and lack of transparency.

The Massachusetts senator pushed Otting on his plan to keep secret the Trump administration's assessment of the successor to former Wells Fargo CEO Tim Sloan, whose scandal-plagued tenure ended with his abrupt resignation in March.

Warren—who frequently called for Sloan's ouster and applauded when he stepped down—asked Otting to commit to "publicly disclosing the OCC's evaluation of the 'competence, experience, character, or integrity' of the next Wells CEO."

When Otting refused—citing his "prerogative"—and claimed "no one has been more tougher [sic]" on Wells Fargo than himself, Warren said, "At the OCC? That's a low bar."

"I find that insulting that you would make that comment," said Otting, to which Warren replied, "Good."

Watch the exchange, which took place at a Senate Banking Committee hearing:

"You know, people all across this country were scammed and squeezed by Wells Fargo," said Warren. "Their houses were taken away, their cars were stolen, because the bank's executives were more concerned about making mountains of money than about following the law."

"And the OCC never uttered a peep about their executives who were leading this. The OCC blew it once by letting Tim Sloan take over. This time, you need to show your work and make your supervision public. That way consumers and Congress can hold you accountable."