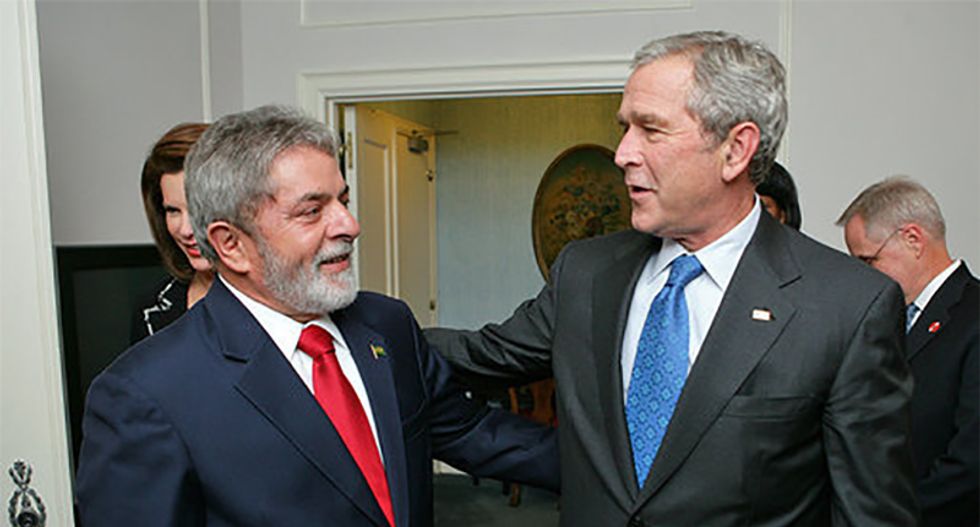 Last night, I had dinner with the Bangladeshi photographer Shahidul Alam. He spent over 100 days in prison in Dhaka last year. Shahidul’s crime was simple: he, in his quiet and charming way, questioned the legitimacy of his government. He asked why the government was not able to provide the most basic needs of its people, such as traffic safety for young children and of course protection for workers and a livelihood for the millions who have been set aside by our contemporary world. These are scandalous questions. They are not meant to be asked. Citizens of Bangladesh are meant to be thankful that they are alive. “I can’t stop telling the truth,” Shahidul said. He is a brave man, with kindness written all over his face.

A few hours after we finished dinner, I heard from my friend in Chennai, India, P.K. Rajan, one of the main people in the left publishing house Bharathi Puthakalayam. They were getting ready to release a book by S. Vijayan called Rafale: A Scam That Rocked the Nation, which is about a corrupt deal pushed by the government of Indian Prime Minister Narendra Modi with the French arms dealer Rafale. The book was to be launched by one of the most respected journalists in India: N. Ram of The Hindu. Ram had poked his finger in the government’s eye with his forensic reporting on corruption surrounding this deal. Hours before the launch, the Election Commission of India sent in the police to seize all the books.

Meanwhile, in New Delhi, LeftWord Books—of which I am chief editor—was getting ready to release its volume on the Rashtriya Swayamsevak Sangh (titled The RSS), the authoritarian, fascistic, paramilitary group to which Prime Minister Modi belongs. The former vice president of India—Hamid Ansari—will release the book. The police have been calling our office to pressure us about this book, which has been authored by one of India’s most senior constitutional lawyers, A.G. Noorani. India goes into an election in a few weeks. Intimidation and fear are the tactics of the powerful to win in the ballot box. Democracy drifts into the wind.

Brazil’s former president, Lula, will clock a year in prison this week. It is a bittersweet anniversary, not just for Lula, not just for Brazil, but for the idea of democracy. What did Lula do to deserve this time in prison, and indeed what did his successor—Dilma—do to be impeached so aggressively a few years ago?

Like Shahidul, Vijayan, Ram, and Noorani, Lula and Dilma represent the side of history that says that the powerful should not be allowed to do whatever they want, and when they do what they want, they should not be allowed to get away with it. Lula and Dilma, unlike the others, became heads of governments, and as heads of government, they pushed agendas that rattled the old order.

But they didn’t break the bars. All they did was drag some of the sequestered wealth from Brazil’s wealthy and try to moderate a society that has been deeply unequal for 500 years. They tackled hunger and corruption, illiteracy and indignity. The problems in Brazil remain fierce, and—as any reasonable person will attest—Lula and Dilma went after them with honesty and reason. The United Nations pointed to Brazil as an example of a country that was able to eradicate hunger. A visit to the federal universities—set up under Lula’s government—shows what was possible in terms of the provision of higher education for oppressed communities.

All this was out of the question. The oligarchy wanted their country back. The viciousness with which Dilma was impeached in April 2016 is an indication of the oligarchy’s disregard for democratic norms and hunger to restore power to themselves. Brazil’s president—Jair Bolsonaro (Trump of the Tropics)—was then a legislator. He dedicated his vote against Dilma to Colonel Brilhante Ustra, the man who tortured Dilma in 1970 during the military dictatorship. Bolsonaro looks back longingly at the dictatorship. There was no corruption charge against Dilma, no evidence of anything. The impeachment was a show of machismo by the oligarchy, a coup inside the legislature.

Lula was arrested because it was clear that he—a force of nature—was likely to win the presidential elections of 2018. Last week, 464 Brazilian lawyers—all highly respected in their profession—signed a statement asking for the release of Lula. Lula, they say, did not receive the rules of due process, his defense team was not able to work effectively, and the facts of his complicity were not proved beyond doubt. Lula, the first president from a working-class background, they wrote, pushed an agenda on behalf of the poor, which “may be one of the reasons that explain his arrest.”

Indeed, the corruption allegations would make a serious judge blanch. But Judge Sergio Moro prosecuted Lula as if he were the most corrupt man on the planet. Moro is now in Bolsonaro’s government. The quid pro quo corruption of a judge who makes a presidential win possible by taking a job in the new president’s cabinet has not raised enough eyebrows. There is no evidence of wrongdoing by Lula except what sounds like evidence in the white-hot noise of the oligarchy’s press. It is as if Lula were the devil incarnate, a man with horns on his head. Logic has departed. WhatsApp has taken its place.

Silence at the Edge of the Cliff

So many colleagues—reporters around the world—find themselves arrested for the most ordinary of things, telling the story as they see it. Once more in the Philippines, Maria Ressa has been picked up for writing about the president. Once more, Morocco’s Hamid El Mahdaoui is behind bars for writing about the al-Hirak protests in the Rif region. Both Maria and Hamid tell the story as it appears, without frills, without fear. It is a dying sensibility, as the ecology of news gathering gets more and more chilled by the fear of a prison sentence or of poverty. There is silence at the edge of the cliff.

There is silence about real corruption. Estimates of wealth sequestered in tax havens oscillate between $10 trillion and $32 trillion—namely between 12 percent and 35 percent of global household financial wealth. This is where the focus should be, real corruption, with real wealth that could be better utilized to provide meaningful jobs, a genuine social system and a transition from the carbon civilization to a renewable one. But that is not where one must look. All eyes must focus on a journalist who tells the truth or a political leader who is eager to tackle the crime of hunger. Real corruption hides in the shadows.

Lula remains resilient. He has the love of millions with him. Last year, when I arrived in São Paulo airport, the man at passport control asked me why I wanted to enter Brazil. I said I wanted to visit Lula in prison. He smiled. Then he stood up and announced in a very loud voice to all the other passport control officers: “this guy has come to Brazil to see Lula.” They all cheered. It was a gratifying sight.

I imagine Lula in his cell on April 7, the one-year anniversary of his incarceration. I imagine him looking out at Brazil and hearing the cheers of people like those passport control officers. Knowing Lula, he is thinking about the discarded workers of his country who are suffering from an increase in hunger. He is thinking of Maria Ressa, of Hamid El Mahdaoui, and of Shahidul Alam. I imagine Lula thinking of democracy, withering on the vine, its shell institutions intact, but its spirit corrupted by money and by power.