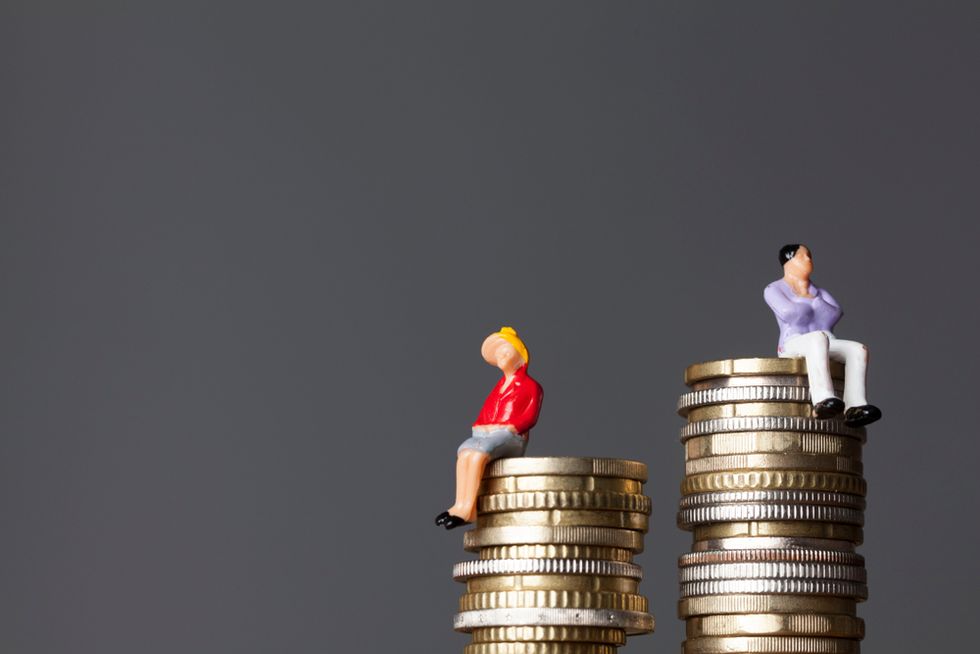 No matter how you slice the data, women in the U.S. earn a lot less than men.

A typical woman working full-time makes 81 cents for every dollar a man earns, little more than the 77 cents she got a decade ago. Within careers, it can vary widely, with female physicians and marketing managers earning 71 cents, while female registered nurses are at 92 cents. A university degree doesn’t help, as women with a bachelor’s earn just 74 cents of every college-educated man’s dollar.

One of the popular solutions proposed for narrowing this persistent gap is pay transparency. There are two rationales for this. First, employers will be less likely to pay women less than men for the same job if salaries are known. Second, if a woman knows how much her male colleagues are earning for doing the same work, she’ll be in a better position to negotiate a higher salary.

The House passed a bill on March 27 designed to promote equal pay and transparency by, among other things, banning employers from asking applicants about their salary history and preventing them from retaliating against employees who compare wages.

Many states have already passed similar laws, while the federal government has issued a few regulations along these lines.

The question is, are they working? As an expert in employment discrimination law, including equal pay, I have my doubts about many of these laws.

Part of the problem is that with one exception – government employees – the laws currently in place to promote pay transparency do not actually require disclosure of individual salary information.

For example, the government regulation that has been touted as a pay transparency law prohibits federal contractors only from retaliating against employees who disclose their own salary. And states with the toughest laws, such as California and New York, use similar language.

The idea behind these anti-retaliation laws is to allow employees to disclose their pay without repercussion, eliminating pay secrecy policies and customs.

For these laws to create actual pay transparency, however, employees must be willing to share salary information. And while there appears to be a trend toward employee willingness to do so, it is at odds with the longstanding social norm against discussing pay.

Whole Foods is one company that allows employees to know other employees’ salaries.

Finding a link to pay equity

In the absence of a legal requirement to disclose actual wages, an increasing number of companies are making salary information transparent on their own.

Different companies have taken varying approaches to this. For example, Whole Foods allows workers to check their colleagues’ salaries, while social media scheduler Buffer publicly discloses the formula it uses to determine employees’ salaries. At the extreme end of transparency, many governmental employees’ salaries are publicly available, depending on the state.

Proponents argue that transparency decreases the gender pay gap because if employers disclose salaries, they will also be disclosing any gap that exists, which will lead to efforts to eliminate it. This is precisely what happened at Buffer, which, after disclosing employee salaries, found a wage gap and changed its compensation system and hiring priorities to eliminate it.

The federal workforce, where the pay gap is significantly lower than in the private sector, can also be seen as support for the argument that pay transparency helps reduce it. The federal wage gap ranges from about 4 percent to 9 percent, when controlling for relevant factors that affect pay, compared with 8 percent to 18 percent among all employers.

But there is little actual research that supports these arguments.

I don’t know of any empirical study of how pay transparency affects the gender wage gap, such as what happens to the gap when companies shift from withholding to disclosing employee pay. While research does exist comparing the federal workforce’s wage gap with the private sector’s, it does not show whether pay transparency is a factor.

It is quite probable that the most important reason for the smaller federal wage gap is the government’s highly structured pay and promotion system. Because pay is based on a job’s classification, with step raises that are identical, there is less chance for men and women to be paid different amounts for doing the same job.

When one looks more closely at the anecdotal evidence, pay transparency appears more likely to be simply one part of narrowing the pay gap. For example, while Buffer eliminated its pay gap after disclosing employee salaries, Salesforce did so after merely conducting an internal review.

In 2016, the World Economic Forum found that the global gender pay gap will not close for another 170 years if current trends continue.

One downside to pay transparency is the effect on employee morale.

A fascinating study on the effect of revealing salaries of University of California employees showed that employees below the median salary for their position had decreased job satisfaction and an increase in desire to change jobs.

On the other hand, a 2015 PayScale survey suggests that transparency has the opposite effect, encouraging retention, because employees tend to think they’re more underpaid than they actually are.

To avoid negative consequences, the Society for Human Resource Management recommends that employers be prepared to explain any reasons for pay disparities that are revealed. This also suggests that how an employer handles a pay gap matters more than the disclosure of it.

Other factors influencing the gap

Another factor affecting the pay gap is simply an employee’s initial salary, which is usually higher for men than women for the same job.

California recently passed a law to combat this by prohibiting employers from asking applicants for salary history, and the bill the House just passed would do the same thing. If employers don’t know the prior salaries of applicants, presumably they will offer the same pay to everyone.

This is a good start, but it may not be enough to completely close the wage gap. Even if offered the same salary, men are usually rewarded for negotiating a better salary – while women are penalized for doing the same.

Other factors blamed for why women earn less than men include seniority and time off to care for a baby or sick family member, and companies need to take these components into account as well if they wish to eliminate gender disparities in pay.

Putting this all together, pay transparency in and of itself doesn’t necessarily help close the gender pay gap. It creates opportunities for employers to reconsider their current compensation systems but doesn’t mean they’ll necessarily do anything about it.

So while pay transparency is a good idea, on its own it probably won’t be able to eliminate the persistent pay disparities between men and women. More aggressive legislation, such as the recent California prohibition on asking for prior salary or the pending House bill that makes it far more difficult for employers to pay women less than men, is likely needed to combat the persistent gender pay gap.

This is an updated version of an article originally published on May 1, 2016.