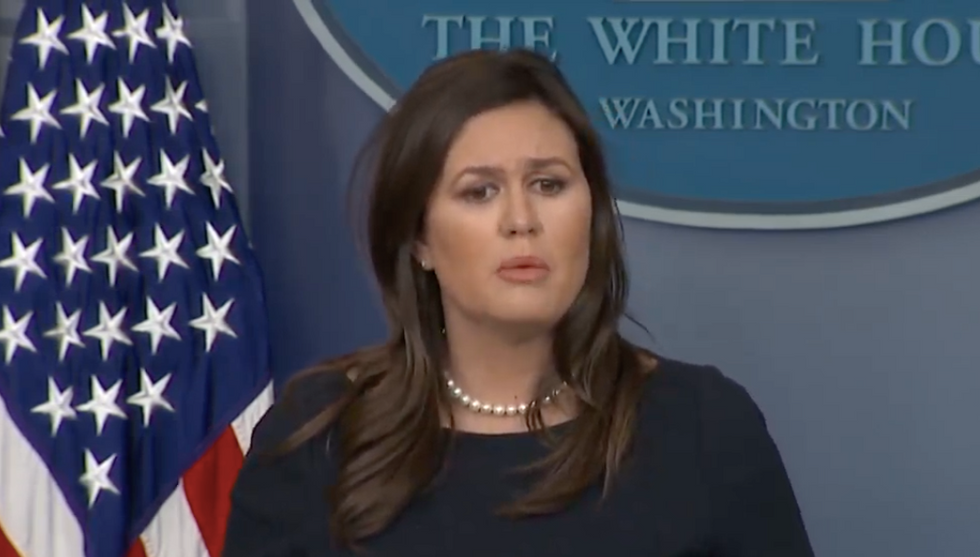 White House spokesman Hogan Gidley lashed out at the New York Times on Friday after it published a report examining Press Secretary Sarah Sanders beleaguered reputation, which took a severe hit this week when Special Counsel Robert Mueller's report revealed that she had invented discussions with FBI staff who supposedly complained about former Director James Comey.

The article explained how "It has been a hallmark of the Trump White House never to admit a mistake, never to apologize and never to cede a point. This case was no different."

Instead of apologizing, Sanders has gone on the attack over the comments.

The report added: "Unlike previous administrations, in which officials feared blows to their credibility in public, Mr. Trump’s press aides are generally performing for an audience of one — the president." (Sanders didn't give a comment to the Times.)

After the article was published, Gidley fired back with a statement that has been added to the piece: “The White House staff will never be lectured on truth-telling from the media that pushed a flat-out lie about Donald Trump for two years."

The statement, of course, just demonstrated the Times' point, which is that the White House is always combative and rarely if ever apologetic.

This tendency speaks to the way President Donald Trump's personal disposition is emulated by those who work for him. But the fact that he has gotten as far as he has within the conservative movement with this attitude is more deeply revealing. Even while they demand the highest standards from their critics and opponents, those on the right hardly ever feel the need to correct, back down or make amends. It's an uneasy position for a country to be in when one of the major political parties is controlled by people who don't think they're accountable to any external forces.