Watch: Robert Mueller also ignores question from TMZ about whether he has vacation plans 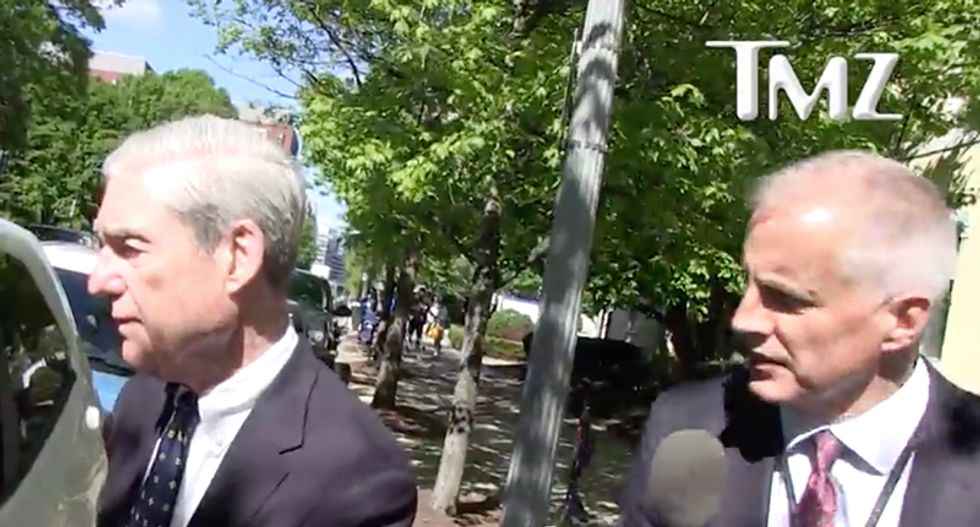 According to TMZ, Mueller was leaving St. John's Episcopal Church in Washington D.C. when the two reporters approached him. As AlterNet previously reported, MSNBC reporter Mike Viqueira approached Mueller as he was leaving the church,  asking if he would testify before Congress, and whether Attorney General William Barr “accurately” characterized his report.

Mueller’s only response as he struggled to get inside his car was a curt “no comment.”

TMZ, meanwhile, asked Mueller if he had plans to get out of town.

“Now that you’ve finished the Mueller report, what do you have next, Mueller?” TMZ’s cameraman asked. “Are you at least going on vacation at least somewhere?”

Both outlets likewise accurately described the special counsel as “tight-lipped.”