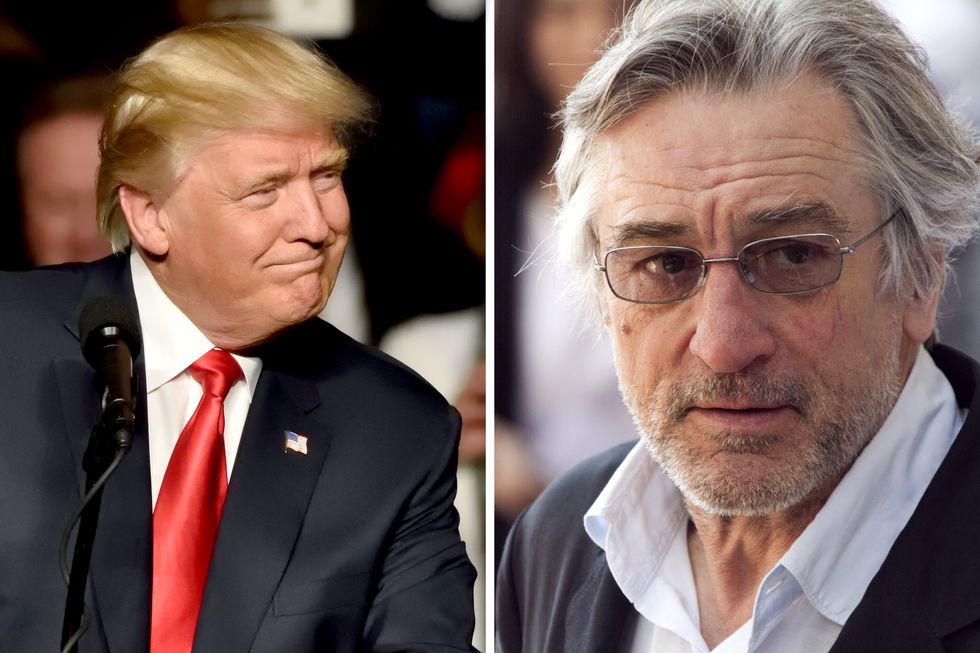 "Since Donald Trump refused to show up tonight, we decided to invite someone who has at least played a crooked casino boss," Bee said.

"I just got to say, I f*cking love fake news," De Niro said.

"If I get a bad review, fake news! Some nosey reporter finds out I never finished high school, fake news!" he explained. "All that fake news, turns out, it's real news. Or as we in this room call it, news."

"Impeachment or not, there will be an election. Unless Mitch McConnell (R-KY) can figure out a way to stop that vote too," he said.

"When you're casting your ballot, imagine looking into Trump's eyes -- you'll find them just above those creepy white puffy pouches -- and saying, 'you're fired,'" he continued, to cheers.

"Something will come over you, you'll feel an exquisite release and you won't have to fake it," De Niro promised.