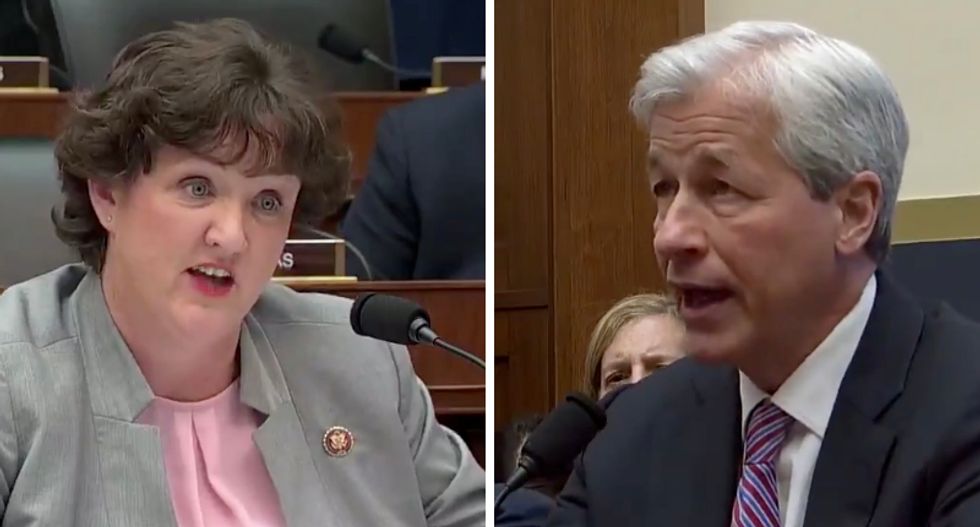 Jamie Dimon, CEO of JPMorgan Chase, is among the wealthiest Americans in the banking sector. And Rep. Katie Porter of California, questioning Dimon this week, pointed out just how great the disparities can be between Dimon’s pay and the salaries of some of his employees.

Porter cited a female JPMorgan Chase employee who was earning $2,425 per month and living in a one-bedroom apartment in Irvine, California with her daughter. In Irvine, Porter noted, an average one-bedroom apartment costs $1600 per month, and the women spends $100 per month on utilities. On top of that, she needs a vehicle to get around in southern California and has food and childcare expenses costing hundreds of dollars more per month.

Porter asked, “My question for you, Mr. Dimon, is how should she manage this budget shortfall, while she’s working full-time at your bank?”

Dimon responded, “I don’t know that all your numbers are accurate,” asking Porter if the employee had a “starter” job — and Porter confirmed that it was. The CEO responded that she “may have my job one day,” to which Porter replied, “she may, but right now, she doesn’t have your ability to spend your $31 million.”

When Porter pressed Dimon on how the woman should handle her budget shortfall, perhaps taking on credit card debt or being slammed with punitive overdraft fees at his bank, he replied, “I don’t know. I’d have to think about it.”

Watch the view below, via Tic Toc.