Watch: Barr storms out of press conference after reporter hammers him over generous interpretation of Mueller report 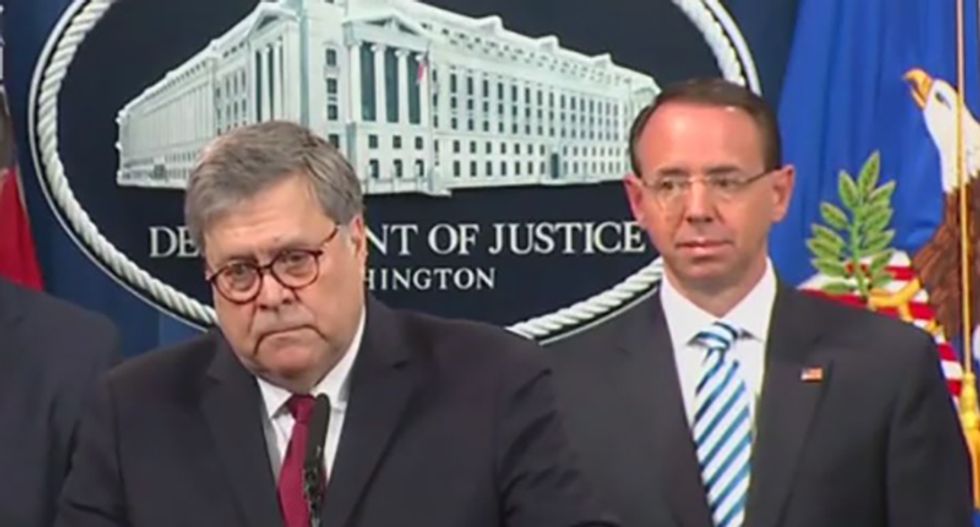 Attorney General Bill Barr got visibly agitated at his Thursday press conference, as CBS News’ Paula Reid hammered him over his interpretation of the Mueller report, which she characterized as “quite generous to the president.”

“A Republican appointed judge on Tuesday said you have ‘created an environment that has caused a significant part of the American public to be concerned about these redactions,'” Reid began. “You cleared the president on obstruction. The president is fund-raising off your comments about spying, and here you have remarks that are quite generous to the president, including acknowledging his feelings and his emotions.”

“What do you say to people on both sides of the aisle,” she continued, “who are concerned you’re trying to protect the president?”

“Actually, the statements about his sincere beliefs are recognized in the report, that there was substantial evidence for that” Barr replied. “So I’m not sure what your basis is for saying that I am being generous to the president.”

“You face an unprecedented situation,” Reid said, as Barr shook his head and started to talk over her. “It seems like there’s a lot of effort to go out of your way to acknowledge how this was —

“Is there another precedent for it?” he interrupted, testily. Reid acknowledged as much, and Barr added sarcastically, “then unprecedented is an accurate description, isn’t it?”

“What do you say to people saying you’re trying to protect the president?” Reid asked, but Barr ignored her, and moved on to another reporter, who was no friendlier and asked if it was “an impropriety” to “spin” the Mueller report before the public had seen it.

Barr didn’t answer that question either, and abruptly ended the press conference.