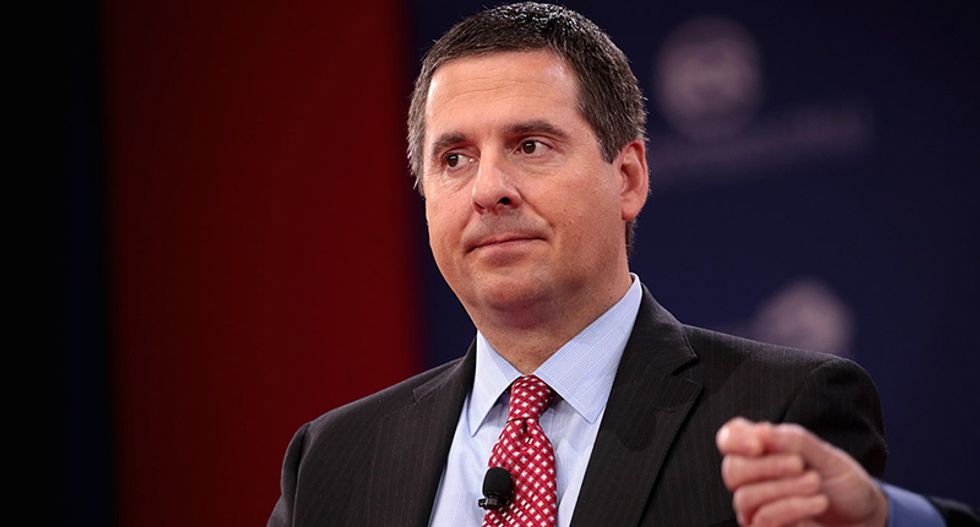 After Special Counsel Robert Mueller concluded his investigation without charging President Donald Trump or his allies of conspiring with the Russian government, many Republicans have been quick to claim victory and attack the very premises of the investigation. Among those believed to be vindicated is Rep. Devin Nunes (R-CA), the Trump devotee and former chair of the House Intelligence Committee who did everything he could to divert the body's investigation of Russian election interference and to turn attention to other fabricated controversies.

House Majority Leader Kevin McCarthy, for one, said, “Devin Nunes was proven correct. That’s what the report says. We should praise him.”

But as conservative columnist Max Boot with the Washington Post argued, Nunes has, in fact, been completely discredited and shown to be an "unscrupulous sycophant and unhinged partisan."

Boot noted that, despite McCarthy's claims, Nunes' wild assertions about the Russia investigation have been proven wrong over and over again. For example:

In April 2018, Nunes and the other committee Republicans put out a report claiming there was “no evidence that the Trump campaign colluded, coordinated, or conspired with the Russian government.” Nunes may think he is now vindicated, but he’s wrong. All that Barr’s summary said was that Mueller could not prove beyond a reasonable doubt that Trump and his aides engaged in a criminal conspiracy with Russia. That’s very different from claiming there was “no evidence” of “collusion.”

"Only in the Bizarro 'wrong is right' world inhabited by Trump and his cult followers could anyone imagine that Nunes has been vindicated and Schiff discredited," he concluded. "In the real world, Schiff is a serious legislator and Nunes is a laughingstock."