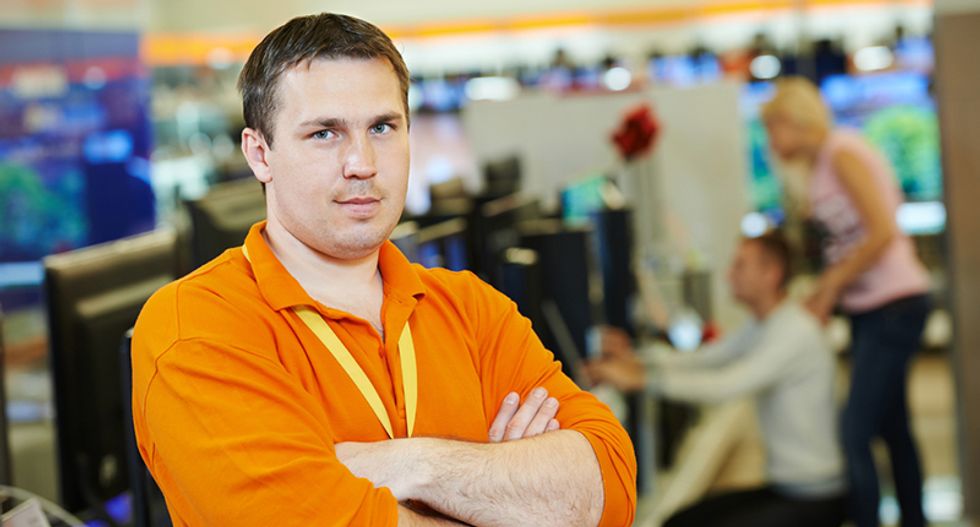 The union representing tens of thousands of striking Stop & Shop workers declared victory Sunday after it reached a tentative agreement with management to increase wages and preserve employee benefits that were under threat.

"Today is a powerful victory for the 31,000 hardworking men and women of Stop & Shop who courageously stood up to fight for what all New Englanders want—good jobs, affordable healthcare, a better wage, and to be treated right by the company they made a success," the United Food and Commercial Workers (UFCW) said in a statement.

The deal brings to an end the largest private-sector strike in years, which lasted 11 days and spanned three New England states. The walk-out began as a protest against Stop & Shop's effort to slash benefits and increase employees' healthcare costs.

Union members—who are expected to return to work Monday—will soon vote on whether to approve the three-year agreement, which reportedly raises wages, preserves retirement and healthcare benefits, and upholds time-and-a-half pay on Sundays.

#StopAndShopWorkers sent a message to their company by collectively standing up for themselves, their families, & g… https://t.co/1rnVSUvTnu
— UFCW (@UFCW)1555895711.0

Sen. Elizabeth Warren (D-Mass.), a 2020 presidential candidate who joined striking Stop & Shop workers on the picket line earlier this month, celebrated the tentative deal in a tweet on Sunday.

"When workers fight, workers win," the senator wrote. "I'm glad to see that Stop & Shop workers are returning to work with an agreement for higher wages and continued health and pension benefits."

Rep. Ayanna Pressley (D-Mass.) echoed Warren, tweeting: "The people, united, will never be defeated. Thank you to the Stop & Shop workers for your sacrifices and all those who showed up in solidarity."

The agreement came as the strike's major impact on Stop & Shop operations was becoming more evident by the day.

As the Boston Globe reported, "visits to the grocery chain by regular customers dropped by a whopping 75 percent" in the first few days of the walk-out.

"We are incredibly grateful to our customers and everyone who proudly stood together with us every day for a contract that invests in the communities we serve, and makes Stop & Shop a better place to work and a better place to shop," said UFCW.