'Trump lied to Wisconsin workers': Bernie Sanders shows he knows how to hit the president where it hurts 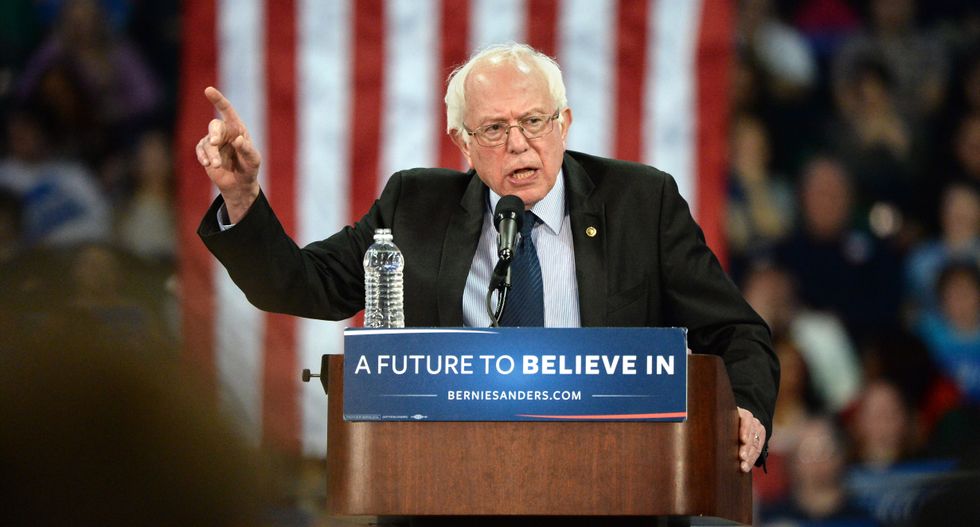 With Donald Trump set to hold a campaign rally in Wisconsin this weekend, Sen. Bernie Sanders took out a front-page ad in a local newspaper to send the state's workers a simple message: The president's promises were hollow.

"Trump lied to Wisconsin workers," reads the ad, which will run Friday in the Green Bay Press-Gazette. The ad was financed by Sanders' 2020 presidential campaign.

"In a Bernie Sanders White House," the ad says, "we will end the corporate greed behind the Shopko closures, Kimberly-Clark layoffs, and Foxconn scam."

Trump—who narrowly defeated Hillary Clinton in Wisconsin in 2016—promised during a post-election rally that jobs would "pour in" to the state under his economic agenda.

Since Trump's victory, Sanders said, he has failed to make good on his vow to protect Wisconsin workers and create decent-paying jobs.

As Common Dreams reported in January, former Wisconsin Gov. Scott Walker's deal with Taiwanese tech firm Foxconn—which Trump enthusiastically touted—turned out to be what critics called a "major con" after the company backed off its promise to create 13,000 manufacturing jobs in exchange for billions in taxpayer subsidies.

Shopko, a Wisconsin-based retail store Sanders cites in the ad, filed for bankruptcy in January and has since laid off over 1,700 workers.

Sanders won the Wisconsin Democratic primary by more than 13 percentage points in 2016, and the senator expressed his belief that—if he wins the 2020 Democratic nomination—he would defeat Trump in the state in the general.

"Our message to President Trump as he visits Green Bay: you're not going to get away with your lies any longer," said Sanders. "We'll defeat you and protect American jobs."