Watch: Trump claims 'there is no law' that can force the release of his tax returns. He's wrong 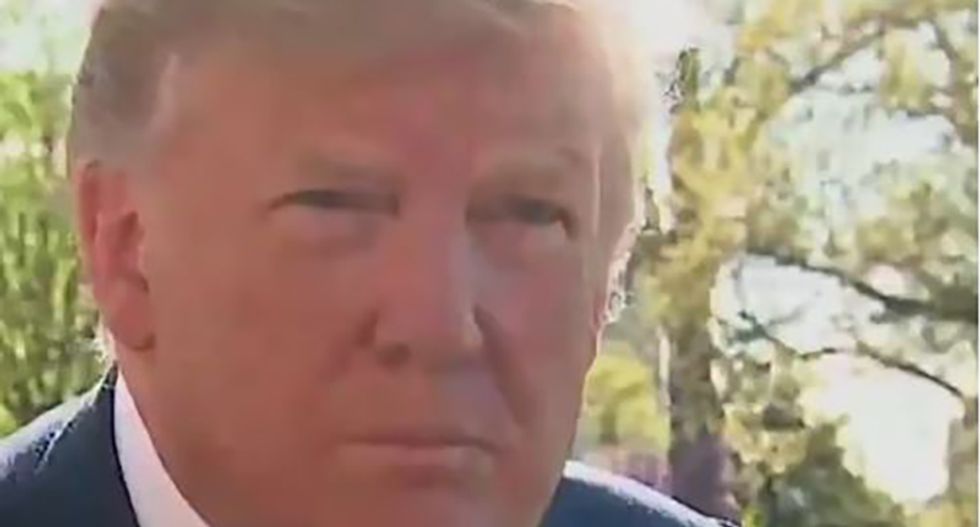 President Donald Trump is fighting back hard against the release of his tax returns – something he once promised he would do if ever waged a White House run.

Now, nearly four full years since the infamous day he rode down the Trump Tower escalator to declare Mexicans are rapists and he was launching a presidential bid, President Trump lied to reporters, insisting "there is no law" that can force the release of his taxes.

There is no law. As you know, I got elected last time with this same issue," Trump told reporters Wednesday morning before heading to Texas on a campaign re-election trip that will also include an executive order signing ceremony.

"While I'm under audit, I won't do it," he added, ignoring that the IRS by law is mandated to release the tax returns of an American if requested by the Chairman of the House Way and Means Committee.

"If I'm not under audit I would do it," Trump also claimed, despite not once ever showing any IRS letter acknowledging he is under audit.

"While I'm under audit I would not give my taxes – there's no law whatsoever."

"I would love to give them, but I'm not going to do it while I'm under audit. It's very simple," he insisted.

Again there is no law that forces any person to give Congress their tax returns, but Congress does not need Trump to hand them over. The IRS by law must.

"Frankly the people don't care," Trump concluded, noting he got elected without releasing them. "I have no obligation," he claimed.