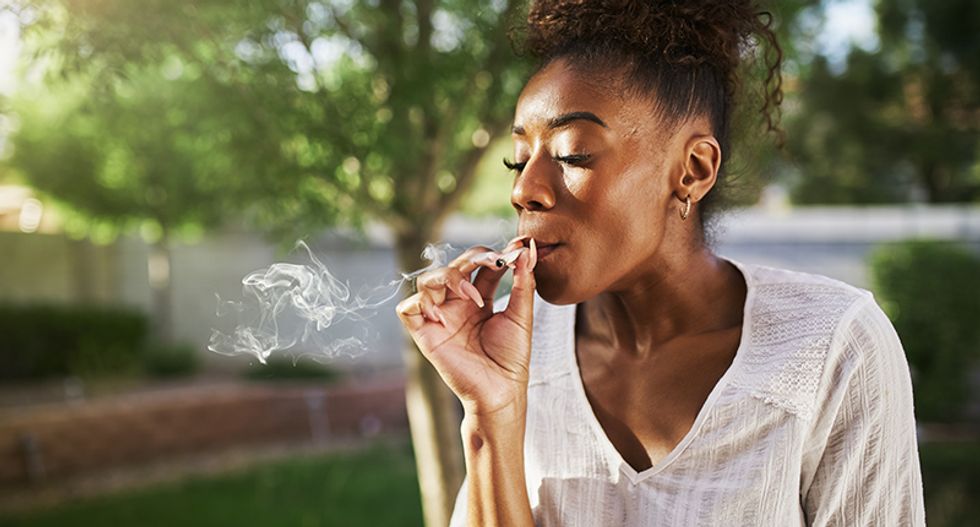 The ice cream company Ben & Jerry's was among those on Saturday who sought to draw attention to inequities which have become increasingly apparent since more states began loosening cannabis restrictions—a shift which critics say has mainly benefited white and upper-class Americans.

The Vermont-based company, which has been outspoken about progressive causes since it opened in 1978, circulated a petition late Friday, calling on Congress to extend the benefits of the growing destigmatization of marijuana to communities of color, who are disproportionately convicted of and incarcerated for drug-related crimes.

"Now that pot is legal in 33 states and counting," the company wrote of April 20, a popular date in cannabis culture, "fans of cannabis can celebrate 4/20 openly and in style in more places than ever before. And even if you're not in a state that legalized pot, there's a still a pretty good chance that the cops won’t hassle you as you spend 4/20 doing your thing."

"If you're a white person," the petition added.

Legal dispensaries that sell cannabis for recreational and health purposes are driving what is expected to be a $20 billion industry by 2020, the company wrote. But even in states where marijuana has been legalized, arrests for possession of the substance still disproportionately target black Americans.

"Let's be clear: even with increased legalization, hundreds of thousands of people are still being arrested for pot," wrote Ben & Jerry's. "And most of those people are Black. Black New York City residents, for example, are eight times more likely to be arrested for pot than whites."

Meanwhile, according to a Buzzfeed report from 2018, "based on more than 150 interviews with dispensary owners, industry insiders, and salespeople who interact with a lot of pot shops, it appears that fewer than three dozen of the 3,200 to 3,600 storefront marijuana dispensaries in the United States are owned by black people — about one percent."

Ben & Jerry's asked supporters to call on Congress to expunge prior convictions for marijuana and begin pardoning people who were convicted only of cannabis possession, in order to help "make sure that legalization benefits all of us."

By Saturday afternoon, more than 21,000 people had signed the petition.

The topic of social equity in relation to cannabis was a topic of discussion for many in the press and on social media on Saturday, with the Washington Post reporting on efforts in Oakland, California to give at least half of its cannabis retail licenses to social equity candidates—including people with past marijuana convictions—and in Sacramento to give preferential treatment for licenses to neighborhoods affected by the War on Drugs.

"We have opted into the cannabis industry and now we have to make sure it works for all of our people," said Sacramento Mayor Darrell Steinberg told the Post.