This was Robert Mueller's most egregious error 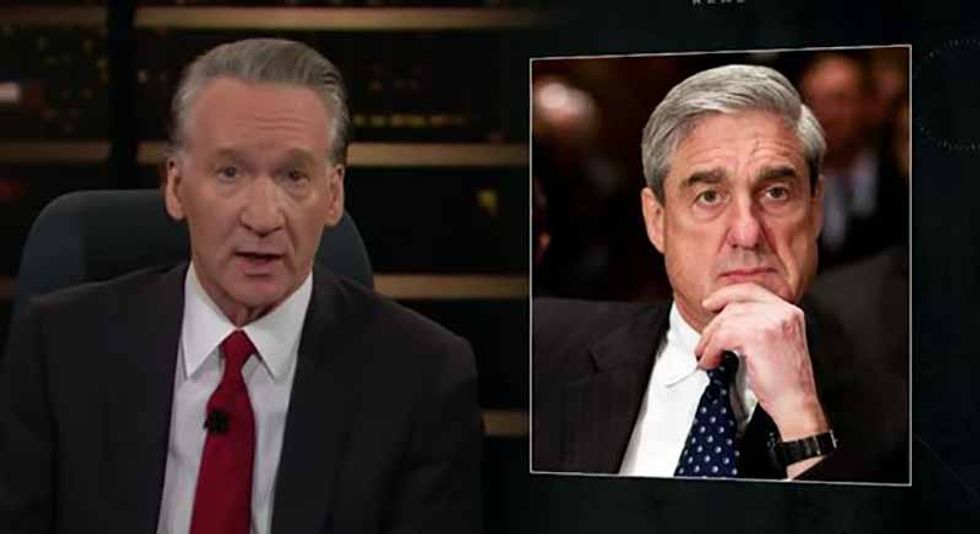 Here’s something I’ve noticed in my 30 years covering presidential politics. Whenever a major event occurs after a lengthy and speculative wind-up, the outcome almost never lives up to expectations. There are, of course, a few exceptions. The results of the 2008 election, with Barack Obama winning long-held red states like Indiana, Virginia and North Carolina, was quite a surprise. Likewise, many of us thought for sure the Republicans would easily kill the Affordable Care Act, only to be surprisingly thwarted by three Republican outliers, including John McCain of all people.

Most of the time, however, political events don't live up to the hype, often falling short of where we want things to land. Such was the case with Robert Mueller’s investigation. On Bill Maher's HBO show the other night, the host took a major jab at Mueller’s apparent weakness in the face of a president who is lying, cheating and stealing his way to becoming our first autocratic strongman.

Maher complained that we’re living in extraordinarily dangerous times requiring extraordinary vigilance, and Mueller didn’t rise to the occasion. “We needed Superman and we got Clark Can’t,” Maher said, among other jabs at the special counsel’s work. As so many of us observed, the “Superman” thing more or less dominated the conventional wisdom, at least among most anti-Trump observers.

For a good long while, I warned my friends and colleagues online that we might be festooning Mueller with superpowers he doesn’t actually possess. At times, listening to Mueller fanboys reminded me of that series of old Chuck Norris memes in which the action star was jokingly ascribed with superhuman abilities: “Chuck Norris isn’t hung like a horse. Horses are hung like Chuck Norris,” or “Chuck Norris doesn’t do pushups. He pushes the Earth down.” In fact, I’m surprised no one compiled a page for Mueller like that because the hagiographic adulation was almost as hilarious.

Nevertheless, while Mueller certainly earned a reputation for being a professional whose actions are beyond reproach, it turned out he wasn’t quite the Kingslayer some of us hoped for. Indeed, the Mad King is still perched on his porcelain throne, his poll numbers dipping a few points (temporarily) while his allies in Russia continue to muster their hackers, trolls and bots for another assault against our sovereignty and our democratic process.

Yes, there were myriad indictments and convictions of inner-circle Trumpers. Yes. Mueller again confirmed the extent of the Russian attack to help Trump win. Yes, the report confirmed what we knew about Trump’s lawlessness as he frantically tried to cover up his crimes and his twisted linkage to Russia. These are all historic allegations and would seem even more that way if not for the almost complete normalization of Trump’s despotic tendencies.

Regardless of all that, it's true that many of Trump’s confederates who ought to have been charged with crimes simply weren’t. Maher singled out Donald Trump Jr., whom Mueller refused to subpoena for some reason. Instead, Junior was allowed to say no to questioning by Mueller’s team, even as a key actor in the non-collusion collusion to which he literally confessed in writing. This lack of questioning raises two questions, obviously.

First, why no subpoena for the man who told Rob Goldstone, “I love it,” when asked whether he’d like to meet with Russians to receive emails related to Hillary Clinton that had been stolen by Russian military intelligence? Second, why did Junior refuse to answer Mueller’s questions? The answer to that one is easy: For the same reasons Trump himself refused to be questioned in person, namely cowardice, knowledge of guilt and, of course, the lying under oath that would absolutely have occurred.

Mueller’s operation clung very closely to its original mandate, yet Trump continues to attack Mueller as a rogue Democrat (Mueller’s a Republican) and a destroyer of innocent lives. It turns out that no matter how Mueller comported himself, Trump would have attacked him anyway. That’s what Trump does. He attacks and discredits anyone who dares to expose his serial corruption.

That being the case, Mueller should have taken a tougher posture against the president. I’m not talking about breaking any laws or violating any codes of ethics, just a harder line. Less wiggle room, less negotiation. Simply put: Mueller failed to proceed with a degree of prosecutorial severity commensurate with the severity of the Trump Crisis. At the very least, with the Justice Department’s rule about indicting a sitting president in mind, Mueller should have explicitly recommended to Congress and the attorney general obstruction charges or articles of impeachment against the president, in writing and without any semantic gray area.

Instead, Mueller coldly described a dozen or so instances of obstruction with a four-word “does not exonerate him” tap on the wrist at the outset, allowing William Barr more than enough room to preemptively exonerate Trump and his crime family weeks ahead of the actual report being made public -- an obvious and grotesque PR maneuver that further weakened Mueller’s conclusions. Besides, how many American voters actually read those obstruction passages? I’d wager that a majority percentage of Democrats didn’t read more than the blurbs they saw on social media.

Returning to the word “exploitative” for a moment, this is perhaps the best way to describe how Barr and Trump handled Mueller in the end. Surely by design rather than by coincidence, they each exploited Mueller’s even-keeled Boy Scout reputation. They were too easily able to superimpose their own spin on Mueller's report, thanks to his inability to clearly define the upshot of his probe for the benefit of increasingly distracted American voters. As a quick glance at social media will more than confirm, we’re not wired for nuance in this country. Not any more. Nuance allows those without moral compasses to sashay between the collapsing rubble, rocket-launching a sortie of lies several times around the world before the truth gets its pants on. It’s happening more often these days and the lies are kicking nuance’s ass.

In the end, our expectations for Mueller matched the degree of the crisis. We wanted Mueller to be the Superman who thwarts his nemesis, the garishly costumed villain in the White House. And Robert Mueller was never going to be that kind of hero.

Incapable of X-ray vision and superhuman strength, Mueller seems to have proceeded with an anachronistic sense of normalcy, as if his investigation were happening in the shadow of a normal president, as if Trump weren’t on the verge of a Putin-style power grab, as if the congressional Republicans hadn’t devolved into nothing more than party-first whores for Trump.

This was Mueller’s most egregious error: his dependence upon normal during profoundly abnormal times.

All that said, we still have more to learn from Mueller, and we’ll certainly get that opportunity when he testifies before Congress, hopefully sooner rather than later. We deserve to know why he made certain decisions that will inevitably alter the trajectory of American history. Meanwhile, we’re left with a divided Democratic Party, half demanding impeachment while the other half is making the same mistake Mueller made -- believing the next election will be normal enough to depose Trump via the ballot box, despite the reality that American elections continue to be corrupted by Russia, and possibly others, to help Trump retain power.

Trump has to be held accountable for all of it. He has to be humiliated so badly that Americans fear to be associated with his name. Perhaps through congressional hearings Mueller will shed enough additional light on Trump’s crimes so as to supercharge a sense of urgency in Congress and among Democrats at large. But I’m not getting my hopes up again, and neither should you.