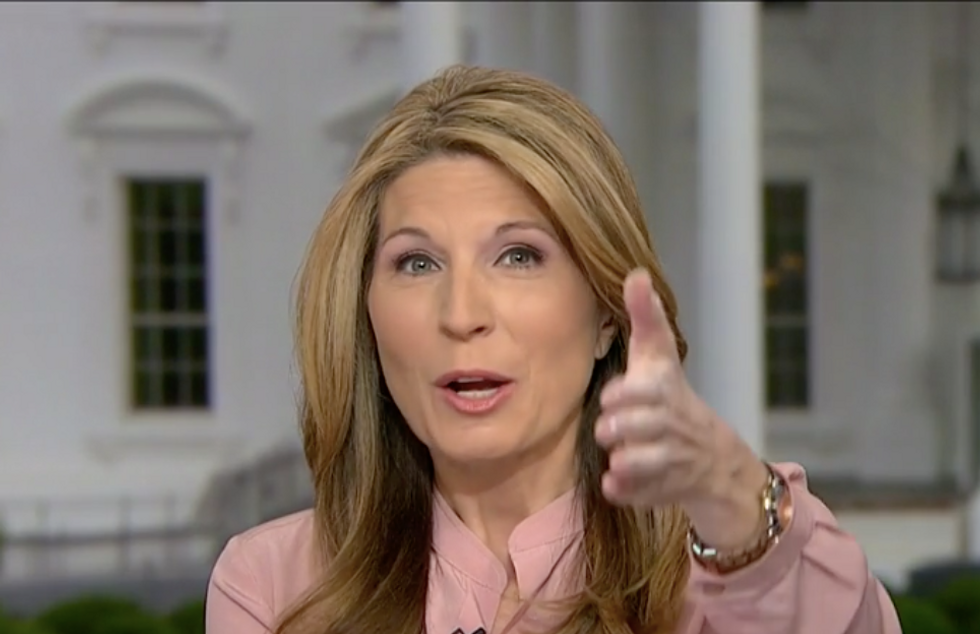 President Donald Trump's attacks on Special Counsel Robert Mueller's investigation and the Democrats' continuance of these efforts has reached such an absurd level that it seems like he's not even trying to make up believable lies.

When MSNBC's Nicolle Wallace tried to read the following tweets on her show "Deadline: White House" on Thursday, she became so exasperated that she had to stop reading multiple times:

She noted that the tweets were an indication of "fear" on the president's part. But as she read through them, she fumed.

She tried to keep going, but stopped herself again when she got to the point where Trump claimed he treated Mueller "respectfully."

"You attacked him every day! This is crazy!" She said.