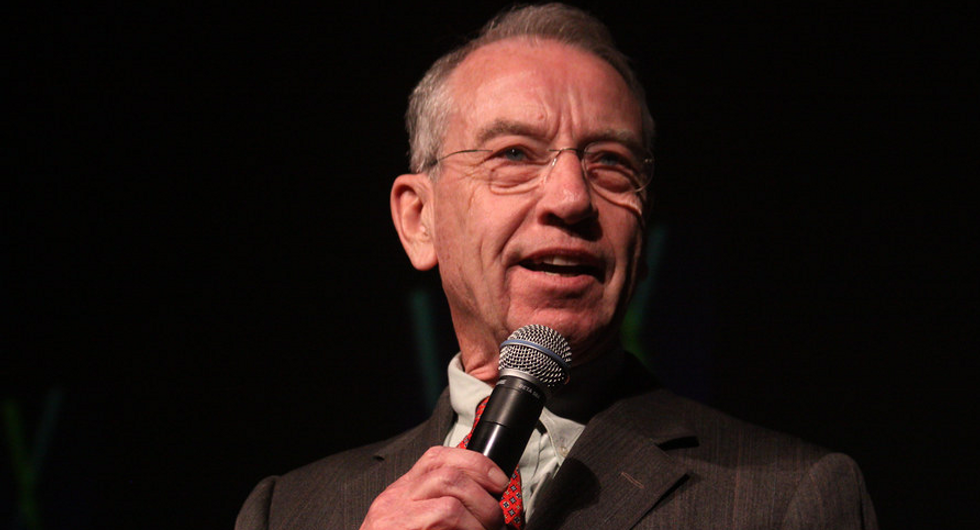 Iowa Republican Sen. Chuck Grassley on Wednesday called out President Donald Trump's ridiculous comments about wind energy, which he made in a speech the previous night.

"I’m told that the White House respects my views on a lot of issues," Grassley told reporters Wednesday, according to the Des Moines Register. "[Trump's] comments on wind energy — not only as a president but when he was a candidate — were, first of all, idiotic, and it didn’t show much respect for Chuck Grassley as the grandfather of the wind energy tax credit."

While speaking at a Republican fundraising event on Tuesday, the president went on a riff against "windmills" — which have long been a target of his derision.

"If you have a windmill anywhere near your house, congratulations, your house just went down 75 percent in value," he said.

Most bizarrely, he asserted without evidence that "the noise causes cancer." Like many of Trump's most outrageous statements, this appeared to be just made up on the spot.

Trump has a history of animosity toward wind turbines. He sued the Scottish government for developing wind turbines within the vicinity of one of his golf courses.  He worried that they would destroy the course's ocean views. The lawsuit failed, and the Supreme Court of the United Kingdom recently ruled that the Trump Organization must pay the Scottish government's legal fees in the case.