These Trump photos prove just how out of touch he is with the average American: analysis 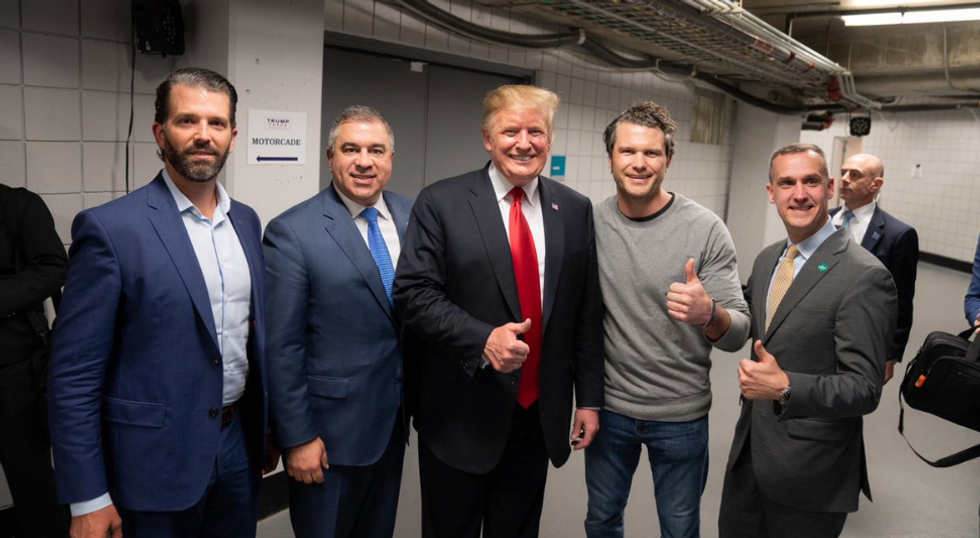 Many of President Donald Trump’s formal and casual photos prove exactly how out of touch he is with an increasingly-diverse American electorate, Washington Post writer David Nakamura noted in a Thursday analytical report.

“In picture after picture, emanating from the most exclusive corridors of American political power, Trump is seen with a team of aides and advisers that is almost exclusively white — a vivid, if unspoken, statement of the distance between the president and wide swaths of a nation that is growing increasingly and rapidly more diverse,” the writer noted.

From official White House events and meetings to “informal social gathers,” these photos communicate that this president has “almost no compunction to appoint a diverse team.”

The report noted that of the 22 Cabinet-level positions in the Trump administration, only three are occupied by people of color — HUD Secretary Ben Carson, Transportation Secretary Elaine Chao and Labor Secretary Alex Acosta.

What’s more: the 24 highest-paid staffers in Trump’s West Wing are all white, save for Mercedes Schlapp, the Cuban-American director of strategic communications.

“In the photos, there is Trump, flanked by eight white, male aides, negotiating a trade deal with senior Chinese officials in the Oval Office in late January,” Nakamura wrote. “There he is at a bilateral meeting with Israeli Prime Minister Benjamin Netanyahu in the Diplomatic Room in March, with 10 white aides seated next to him. There he is at a lectern in the Rose Garden last fall announcing a trade deal with Mexico and Canada, with more than two dozen aides behind him, almost all of them white.”