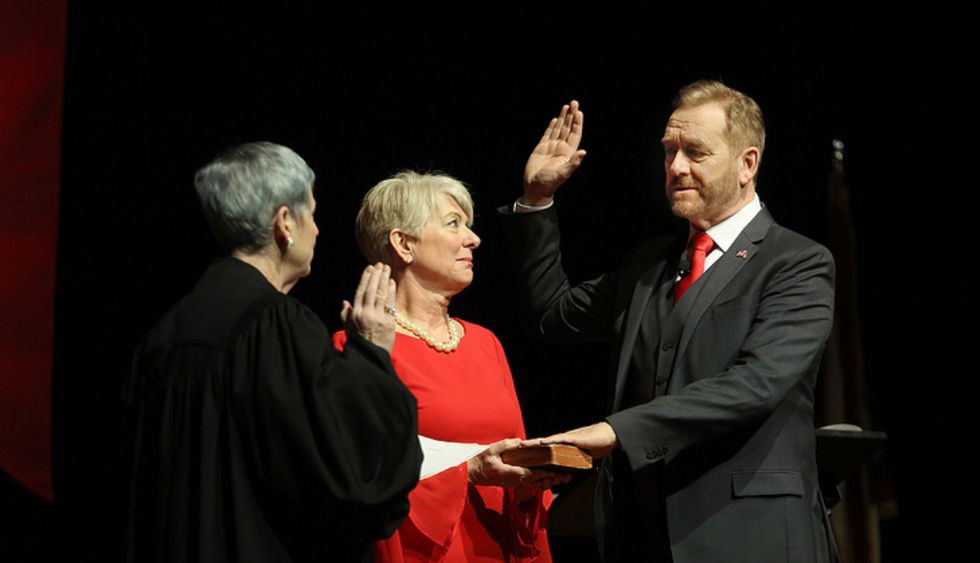 Two Republican attorneys general broke with the Trump administration on Monday to stick up for Obamacare.

The health care law is currently under threat because a federal judge has ruled — in a decision that was widely mocked and greeted with horror even by many conservative legal scholars — that a new challenge to the legislation's individual mandate should succeed in nullifying the entire Affordable Care Act. The individual mandate requires that everyone acquire health insurance, and it has already been ruled constitutional when the Supreme Court declared it a tax. But since the Republican-controlled Congress set the penalty for the mandate at $0, opponents of the law now claim that the whole of Obamacare should fall.

That federal judge's decision is being appealed, and in a bizarre and reckless decision last week, the Trump Justice Department decided it would refuse to defend the Affordable Care Act. Tradition has typically dictated that the department should argue in favor of a congressionally passed law as long as there is a credible case to be made. Breaking with that precedent, the Trump administration risks throwing the whole nation's health care system into chaos.

And Attorneys General Dave Yost of Ohio and Timothy Fox of Montana aren't on board with this move — which in addition to being callous and anomalous could prove to be a strategic disaster for the GOP in 2020. Yost and Fox oppose the mandate (which is entirely toothless now anyway), but they don't want Obamacare's key protections to fall.

They explained why they oppose the administration's position and the previous ruling in a brief filed with Fifth Circuit Court of Appeals:

The court’s decision, if affirmed, will deprive millions of non-elderly Ohioans and Montanans of coverage for pre-existing conditions. It will also negatively affect countless others who organized their affairs in reliance on the Act’s many unrelated provisions. To be sure, the fact that a ruling has negative consequences does not mean it is wrong. Let justice be done, though the heavens may fall. But the District Court’s ruling is wrong, and its errors threaten harm to millions of people in the Buckeye and Treasure states. That is why Ohio and Montana are filing this brief.

The move is significant for a number of reasons. For one, it will give Democrats ammunition in their 2020 campaign — they can point to Republican attorneys general arguing on the record about how Trump's threat to Obamacare could harm millions. But it also shows that Republicans know how vulnerable they are on this issue — and how fractured the party is in light of the Trump administration's decision.

More broadly, it shows how even Republican officials will step up to defend government programs and guarantees once they are established. Despite all their anti-government rhetoric, many conservative officials know there's little electoral advantage in taking away voters' health care. And that bodes well for the future of other progressive initiatives; one day, we may even see Republican attorneys general defending Medicare for All in federal court.