The exercise conundrum: Active people will sometimes put on more weight than couch potatoes — here's why 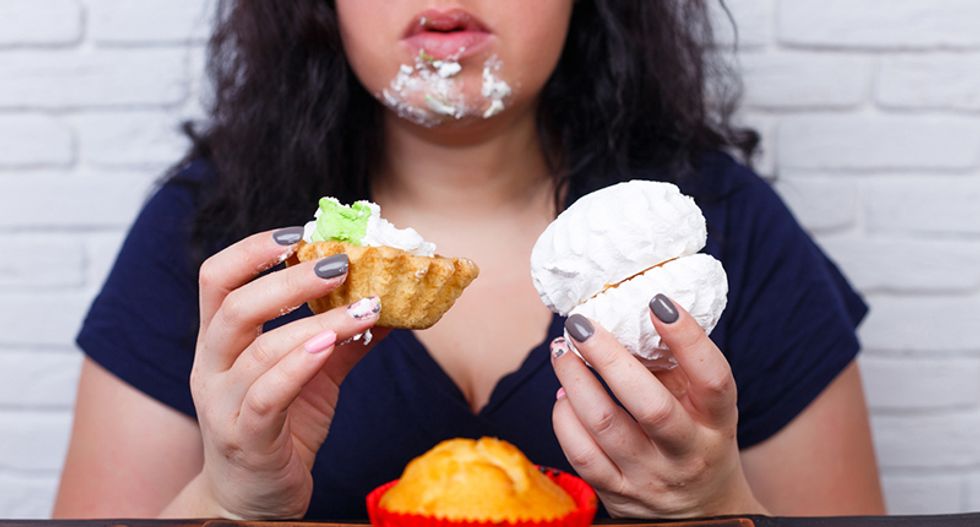 Governments are always telling us to eat less and exercise more to be healthier, but this presents an obvious problem. Being active is liable to make you hungrier, so there’s a risk you end up eating extra to compensate, and putting on more weight than if you’d never got off the sofa in the first place.

Dieticians dream of the day when they can design diets for people where they are more active but don’t get hungry in the process. Unfortunately it’s trickier than you might think: we’re still searching for the mechanism that governs how the energy we expend translates into our level of appetite. And as we shall see, that’s by no means the only thing that makes this area complicated.

In an ideal world, the human body would be wired to immediately detect changes in the amount of energy we use and then give us the appetite to eat the right amount to balance it out. Alas not: we all get hungry two or three times a day, sometimes more, regardless of what we are getting up to. Our bodies also release far stronger signals about our appetite when we haven’t eaten enough than when we’ve eaten too much. This poor daily feedback relationship helps to explain why obese people still experience strong feelings of hunger – that and all the cheap calorie-dense food that is widely available, of course.

There is much that we don’t understand about the effect of increased activity. Most of us burn different amounts of calories on different days – gym-goers have days off, while everyone has days where they walk round more shops, do more housework or whatever.

Studies don’t find any clear relationship between these variations and the amount of food that the average person consumes on the day in question. But neither is it easy to say anything definitive. Most research has focused on people doing aerobic exercise, and has found, for instance, that while some highly trained and lean people tend to eat the right amount to compensate for the extra calories they burn, overweight people are more prone to over-eat.

What could lie behind this difference? One possibility is that physiological processes change in people who do more exercise – for instance, their gut hormones might be released in different concentrations when they eat, potentially with a bearing on how much food they need.

One longstanding question, dating back some 60 years, is where metabolism fits into the picture. Some important work published in 2013 by a team in Leeds found that overweight people were hungrier and consumed more calories than thinner people. Since overweight people have a higher resting metabolic rate – the rate at which the body burns energy while at rest – the group proposed that there was a correlation between this rate and the size of meals that people eat. The fact that people’s resting metabolic rates are stable, regardless of fluctuations in daily exercise, might help explain why exercise levels often have no bearing on how much we eat on the same day.

Yet this doesn’t mean that resting metabolic rate actually determines how much food we eat. The team proposed that a person’s body composition, specifically their amount of muscle mass, might be governing their metabolic rate. If so, the metabolic rate might just be acting as an intermediary – routing the information about body composition through hypothalamic networks in the brain, which are believed to control appetite. Either way, this still needs further research.

To examine what happens in the real-life situation, rather than the lab setting, I’ve co-authored a new study that looks at what happens to people’s calorie intake on days when they are more active without deliberately taking exercise – this could be anything from a trip to the dentist to a day out at the beach with the children. We looked at 242 individuals – 114 men and 128 women. We found that their amount of activity did have a bearing on how much they ate, but that their resting metabolic rates influenced their appetites as well – in other words, overweight people tended to eat more.

This is another step forward in understanding the relationship between activity and the calories we consume. But don’t expect this to translate into a magic formula for optimising everyone’s relationship with activity and food any time soon. There are many variables that have barely been taken into account by researchers. Most work has tended to focus on white men aged 20-30, for instance, yet there is evidence that women are more prone to compensate for extra physical activity by eating.

Equally, different genetic characteristics are likely to be important – some people are more fidgety, for instance. Then there are differences in people’s psychology and to what extent they use food as a reward. People who have been losing or gaining weight will have different appetite signals to people whose weight is stable. The time of the activity in the course of the day is likely to make a difference, too.

I doubt that in my lifetime we will reach a point where we can look at any person’s entire genetic make-up and tell them exactly what will work for them. What we can say from our study is that many people are liable to eat more when they are more active. Just moving more will not lead to spontaneously losing weight - people should be aware of this and watch how much extra they eat as a result.