‘Stunning’: Mormon Church decides same-sex couples are no longer heretics — and their children can now be baptized 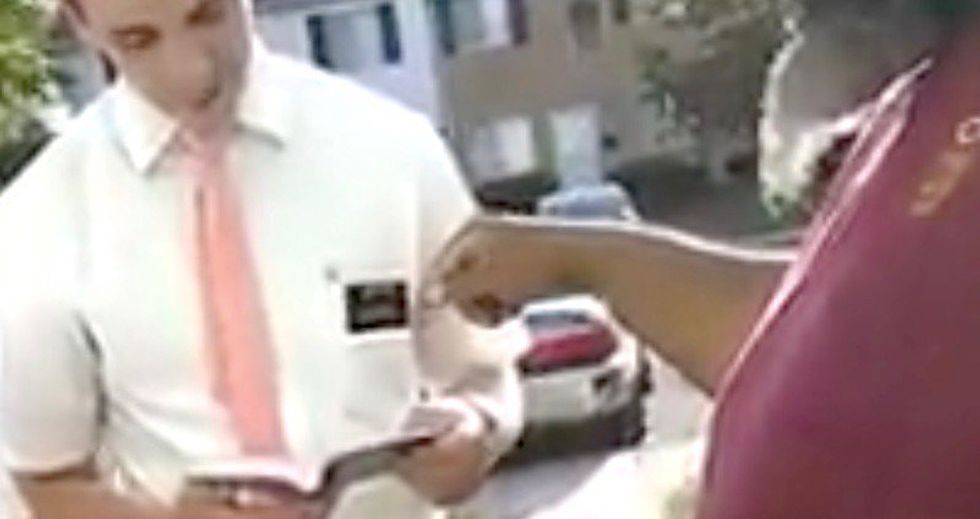 Leaders of the Mormon Church, several years after declaring its followers who enter into a marriage to a person of the same sex are heretics subject to excommunication, and their children would be banned from being baptized, has now effectively announced that God has changed his mind.

Calling it a "stunning announcement," The Salt Lake Tribune reports "The Church of Jesus Christ of Latter-day Saints announced a reversal of its controversial November 2015 policy, which deemed same-sex couples 'apostates' and generally prevented their children from joining the faith."

Thursday's announcement does not make same-sex relationships any more acceptable to the Church, but reduces the degree to which they are condemned.

That 2015 announcement, which came just a few months after the U.S. Supreme Court declared same-sex couples have the right to marry, is believed by many of the Mormon faith to have led to a tremendous surge in teen suicides, and hundreds if not thousands upon thousands reportedly leaving the Church.

But now, Church leaders are effectively saying that God has changed his mind.

"Church President Russell M. Nelson, who in January 2016 called the now-defunct LGBTQ policy a revation [sic] from God to his immediate predecessor, church President Thomas S. Monson, noted in the release that the Lord leads the church 'revelation upon revelation.'"

By definition, a revelation is "the divine or supernatural disclosure to humans of something relating to human existence," or "a surprising and previously unknown fact."

Church leaders did not explain why in November of 2015 God decided same-sex couples were heretics and their children were to be effectively banned from the most important of church activities, but now they are not.

Another top LDS Church leader cited "changing circumstances" for the announcement from God.

“One reason is that we need the Lord’s direction to meet changing circumstances,” Henry Eyring said, “and he has guided changes in practice and policy throughout the history of the church.”

The Mormon Church had literally forced children of same-sex parents to choose between their faith and their families.