Sri Lanka attacks: The government's social media ban may hide the truth about what is happening 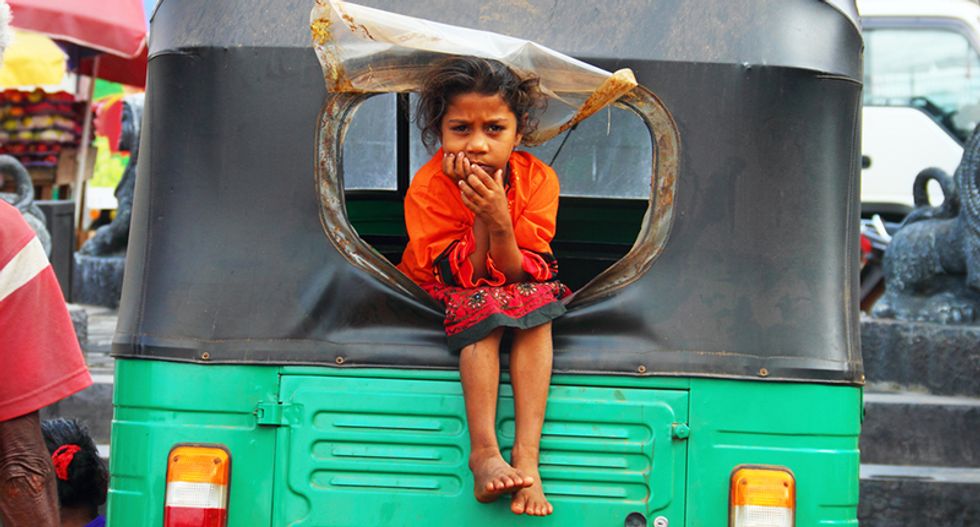 Sri Lanka has temporarily banned social media and messaging apps in the wake of the coordinated Easter Sunday attacks on churches and hotels across the country, which killed at least 290 people.

The ban is ostensibly to stop the spread of misinformation – and the move feeds into the wider debate about how Facebook and other platforms are used to incite violence and spread hate speech. In Myanmar, for example, Facebook was heavily criticised for allowing groups to use its pages to incite violence against the Rohingya community. In New Zealand, it came under fire after it was used to live-stream the Christchurch massacre.

But in Sri Lanka, as in many other countries, Facebook and social media platforms generally have created a positive space for public conversation that did not exist before.

The country has a long history of censoring the press, by killing journalists, blocking websites and using draconian laws to fine and imprison reporters. The media that remained was divided by language and geography – there were no outlets used and trusted equally by the Sinhala-speaking majority in the south and west of the country and the Tamil speaking minority in the north and east.

Social media, therefore, became a way to share stories and comment on current affairs. This hasn’t always been positive – it has also been used to spread ethnic and religious chauvinism, echoing the language used by politicians and mainstream media over the decades. Nevertheless, it has been crucial for promoting intra-ethnic dialogue in Sri Lanka.

During, and indeed after, the country’s long civil war there have been few opportunities for young adults from different communities to talk to one other and exchange views. Facebook and Twitter were beginning to provide a space for this. Websites such as Groundviews also publish citizen journalism from across the island and have used social media to reach audiences within Sri Lanka and overseas.

In October 2018, for example, president Maithripala Sirisena sparked a constitutional crisis when he effectively tried to overturn the results of a recent election, and replace the sitting prime minister, Ranil Wickremesinghe, with former president Mahinda Rajapakse. As Rajapakse’s supporters seized control of the country’s state media, journalists instead took to Twitter to document what was going on.

This attempted constitutional coup only ended after street protests by citizens, and strong opposition from parliamentarians. Both groups used Facebook to organise and mobilise themselves – and a parliamentary brawl, during which Rajapaksa’s supporters attacked the speaker, was broadcast on YouTube.

Sirisena re-instituted Wickremasinghe as prime minister after a seven week standoff, but the two men have an uneasy and often dysfunctional political relationship.

Easter Sunday’s terror attacks have raised a whole new set of questions, about intelligence failures and party politics. In particular, the prime minister told reporters that his cabinet did not receive intelligence reports almost two weeks ago about a possible attack, mainly because the prime minister and his cabinet were not invited to national security council meetings that are led by the president. Wickremsinghe has now ordered an inquiry into this.

This is the second time the government has shut down social media. It first did so earlier this year after a wave of anti-Muslim riots but has done little since to improve relations between the country’s various groups.

There is also little evidence that the shutdown was effective, not least because determined groups can set up virtual private networks (VPNs) which allow them to bypass the restrictions, and find other ways to spread their message.

A study on the impact of internet shutdowns in India also showed that information blackouts can even lead to a spike in violent protests, as those who would otherwise organise non-violent protests find themselves unable to mobilise peacefully.

Sri Lanka is also about to pass a new anti-terror bill – the Counter Terrorism Act. It is meant to replace the current draconian Prevention of Terrorism Act, which was used during the civil war, with one more that is more in line with international norms. But civil rights groups, including Amnesty International, point out that the new act still allows for the bulk interception and decryption of electronic communication, and permits senior police officers to place arbitrary restrictions on free movement.

The biggest division in the country is a linguistic one between the Sinhalese, who are mainly Buddhist, and the Tamils, who are mainly Hindu. Muslims and Christians can speak either or both languages. The various groups have a long history of conflict and it is difficult to create a simple narrative of villains and victims. Nevertheless, social media offered a way for the various communities to build bridges between one another.

By shutting down social media, leaving its citizens reliant on state messaging and a weak and beaten down form of journalism, the government now risks preventing Sri Lankans from finding out the truth about what is happening in their fragile and delicately balanced country. And that can only lead to suspicion and division, presumably the very thing the perpetrators of the Easter Sunday atrocity wanted.