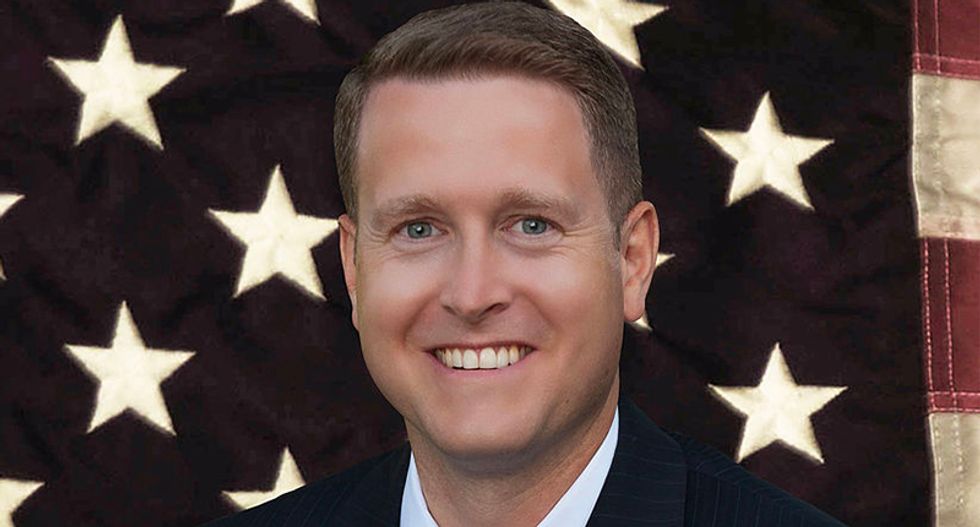 Shea, who is the state house representative for Washington's 4th Legislative District, and three other men, including Radio Free Redoubt broadcaster Jack Robertson, participated in the chats via the messaging app Signal. All of the men used aliases; according to the Guardian, Shea was referred to as “‘Verum Bellator’, Latin for true warrior,” and Robertson was “John Jacob Schmidt." Anthony Bosworth, a member of the Inland Northwest American Redoubt movement who Shea in 2016 declared “Patriot of the Year,” also participated in the chats.

As the Guardian reports, the conversations occurred in late October 2017 and targeted left-wing activists (who the group referred to as “communists” and “Antifa”).

In one message Bosworth threatens to “confront” Antifa members and “hit them in there (sic) safe spaces.”

“If we catch a few of them alone and work him over a little bit,” Bosworth suggested.

The group also singled out perceived political enemies for surveillance. According to the Guardian, Robertson urged the group to find a female Spokane resident and “shave her bald with a K-Bar USMC field knife.” Robertson then joked about “hoisting communists up flag poles. Especially the ones with nipple rings.”

In one chat, Shea appeared to offer to run background checks on three individuals, asking the group for “the list” of names to surveil. That “list” included an organizer for the liberal group Indivisible, the Guardian reports.

You can read the full texts at the Guardian.

In a statement, Robertson denied the group was making threats of violence.

“A lot of people in private conversations say things tongue in cheek about what they would like to see happen to these people, but that is not setting a policy or establishing a protocol for people to carry things out,” he claimed.