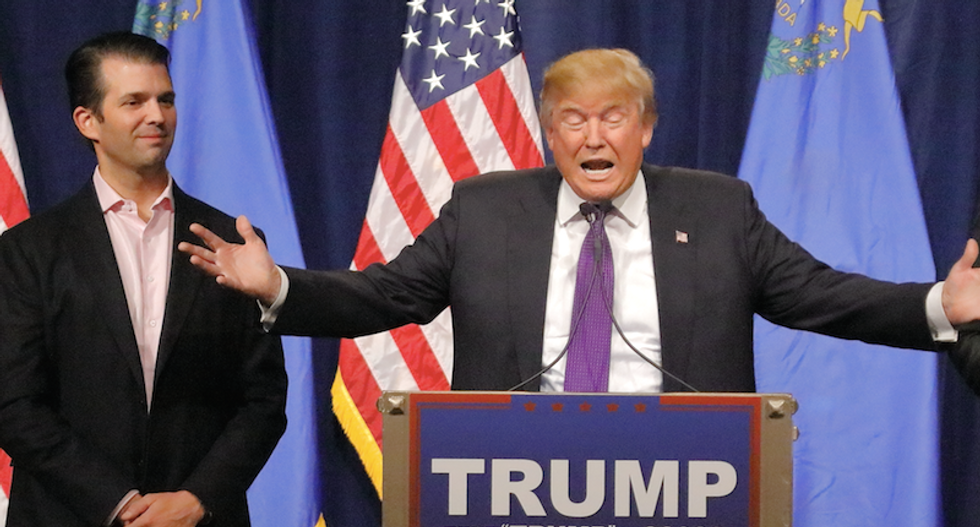 Donald Trump really, really wants to take more migrant children from their parents and lock them away. In truly blockbuster reporting, CNN’s Jake Tapper has immigration officials on the record saying a “ranting and raving” Donald Trump ordered them to close the border and start separating families again. From CNN:

Two Thursdays ago, in a meeting at the Oval Office with top officials -- including Nielsen, Secretary of State Mike Pompeo, top aides Jared Kushner, Mercedes Schlapp and Dan Scavino, White House counsel Pat Cipollone and more -- the President, according to one attendee, was "ranting and raving, saying border security was his issue."
Senior administration officials say that Trump then ordered Nielsen and Pompeo to shut down the port of El Paso the next day, Friday, March 22, at noon. The plan was that in subsequent days the Trump administration would shut down other ports.

Nielsen allegedly warned Trump it was a dangerous move and just a short time later, she’s been forced out of the Department of Homeland Security. Worse, Donald Trump ordered border patrol agents to break the law.

Ultimately, acting White House chief of staff Mick Mulvaney seemed to have been able to talk the President out of closing the port of El Paso. Trump, however, was insistent that his administration begin taking another action -- denying asylum seekers entry. Nielsen tried to explain to the President that the asylum laws allow migrants from Central America to come to the US and gain entry. She talked to the White House counsel to see if there were any exceptions, but he told her that her reading of the law was correct.

The must-watch report from Jake Tapper is linked below. There are serious legal ramifications for these actions—or at least, there should be.

Border agents are refusing the order because under federal law, they too could face criminal liability for breaking the law, and “following orders” isn’t good enough. Conservative Bill Kristol went on to break it down even further.

Kristol’s right: This is just one more reason to investigate Donald Trump, and Congress has an obligation to do just that.

Meanwhile, Trump is obviously getting increasingly desperate about his lack of progress on immigration and the ridiculous wall. The 2020 election cannot get here fast enough.