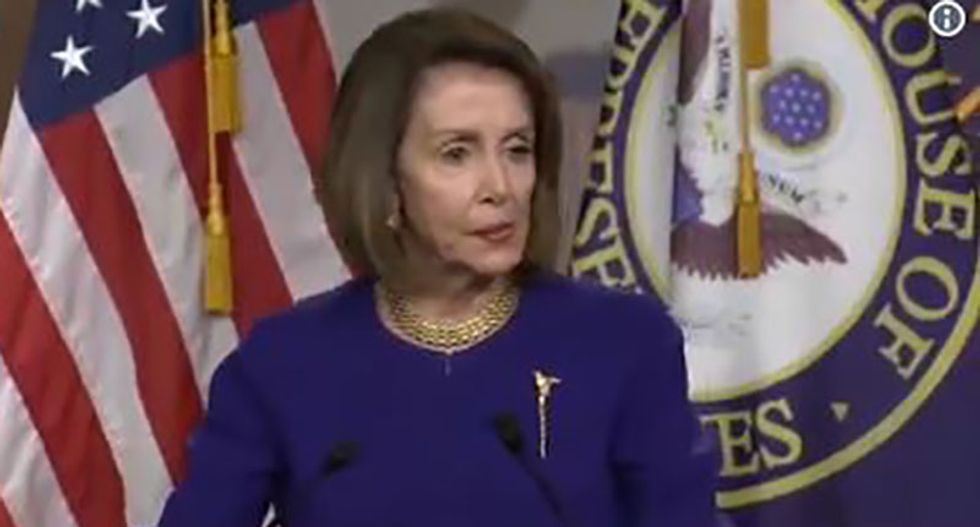 After the House Rules Committee released the full list of witnesses who will testify at the first-ever congressional hearing on Medicare for All next week, progressives raised alarm over the lack of single-payer proponents chosen for the panel and worried that what is supposed to be a substantive discussion of Medicare for All could turn out to be a "farce."

As HuffPost reported Thursday, just one of the four witnesses—Dr. Farzon Nahvi, a New York City emergency physician and professor—is "actually an advocate for Medicare for All, the single-payer healthcare system."

"And even then," the outlet reported, "sources tell HuffPost that Nahvi's testimony is supposed to be limited to how patient experience would change. That means that when the Rules Committee convenes this hearing on Tuesday, there may not be any witness testifying who will make the case for Medicare for All over other healthcare plans."

Dr. Adam Gaffney, president of Physicians for a National Health Program (PNHP), was recommended to Democrats by single-payer proponents as a possible witness, but the Rules Committee "nixed his appearance, along with those of more than a dozen other suggested witnesses," HuffPost reported.

As Common Dreams reported on Wednesday, the Rules Committee's announcement of next week's Medicare for All hearing was hailed as a historic step on the path toward a truly just healthcare system.

Rep. Jim McGovern (D-Mass.), chair of the Rules Committee and co-sponsor of the House Medicare for All Act of 2019, said single-payer is "a serious proposal that deserves serious consideration on Capitol Hill."

But, according to HuffPost, the Rules Committee imposed a criteria on potential witnesses that could severely limit the scope of the hearing.

"Is it a farce? It probably is, but no one wants to say that," an anonymous individual who was recommended to the Rules Committee as a possible witness told HuffPost.

Staffers on the Rules Committee say no one in leadership directly told them this person or that person couldn't testify, but sources involved with the planning of the hearing say three criteria were applied to potential witnesses: (1) Is this person a leader of a single-payer group? If so, that person could not testify―meaning Gaffney was out. (2) Is this person an activist? If so, they couldn't testify. That meant people like Dr. Sanjeev Sriram, who has repeatedly advocated for Medicare for All, were ruled out. And (3) Has this person said anything negative about the Affordable Care Act?

McGovern denied that there were strict limitations on who would be permitted to testify at the hearing.

According to HuffPost, Wendell Primus was closely involved in the process of selecting witnesses.

As Common Dreams reported, Primus has attacked Medicare for All in private meetings with insurance executives, sparking anger from progressives.

Rep. Pramila Jayapal (D-Wash.), the lead sponsor of the Medicare for All Act of 2019, confronted Primus earlier this month over his "inappropriate" efforts to undercut single-payer behind closed doors even as support for the plan continues to grow within the Democratic Party and nationally.

Primus, according to HuffPost, told congressional committee staffers last month that the Medicare for All hearing is nothing more than a "check the box and move on type of thing."

"What they want is a hearing that's not about Medicare for All," an anonymous source involved in planning for the hearing told HuffPost. "They want someone to say, 'Hey, there's all these different ways of doing things, none of them are bad, they're all equally good.'"

Reacting to HuffPost's reporting, DSA for Medicare for All—the single-payer advocacy campaign of the Democratic Socialists of America—tweeted, "Pelosi doesn't want a fair hearing on Medicare for All, because she knows we'd win."