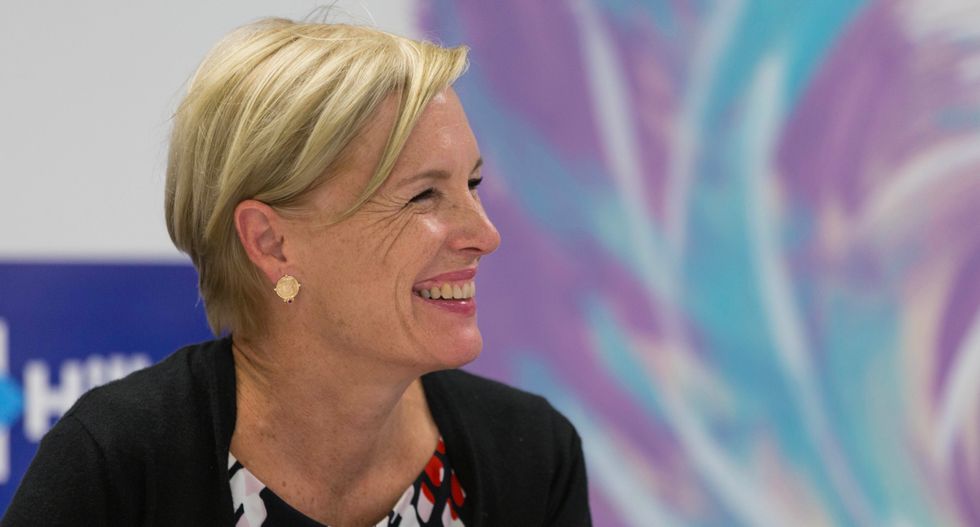 In the election of 1992, women rose up. They had watched then-Sen. Joe Biden's Senate Judiciary Committee bully and humiliate Anita Hill in the Supreme Court confirmation hearings on conservative anti-choice Clarence Thomas. They watched the Senate confirm him. And they ran for Congress in record numbers and won in record numbers, tripling the number of women in the Senate—from two to six. That was the election that was supposed to change everything.

It didn't. Another sexually abusive, virulently conservative and unqualified nominee, Brett Kavanaugh, was elevated to the Supreme Court, and women rose up again, running for Congress in 2018 and winning again in record numbers. But this time, a group of powerful women in politics isn't going to let another quarter-century go by before women dominate again. A new organization called Supermajority, created by Cecile Richards, the former head of Planned Parenthood; Alicia Garza, co-founder of Black Lives Matter; and Ai-jen Poo, executive director of the National Domestic Workers Alliance, is going to make sure of it.  Libby Chamberlain and Cortney Tunis, co-founders of the Facebook group Pantsuit Nation, will also be part of the effort.

The group’s goal is "training and mobilizing 2 million women over the next year to become organizers and political leaders in their communities." It's a multi-racial, intergenerational effort intended to seize the moment. There are four experienced, credible Senate women running for president, again setting a record. They'll find a base of women urging them on. "Women are mad as hell and we've been in resistance mode for two years," Garza said. "Now it's time to equip people."

That's exactly what the group intends to do, by giving women the training and support needed to take that activism from marching in the streets to organizing for electoral victory. Richards said they will work with the thousands of women who "feel newly empowered and frankly motivated to take action, including so many women who never thought themselves as an activist before." Richards promises that the next election will be about an agenda she calls a "women's new deal."