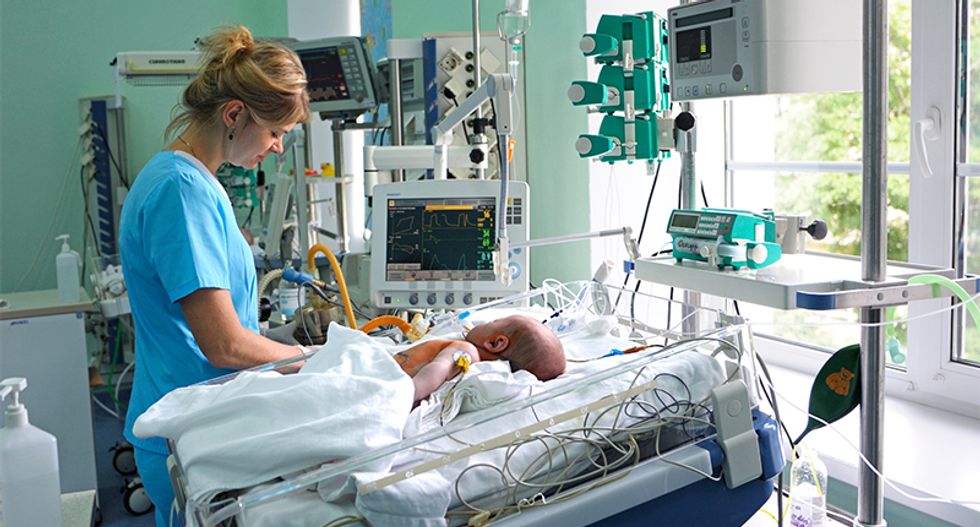 President Donald Trump regularly tells lies to his followers about doctors and parents who routinely “execute” perfectly healthy babies after they’re born — and nurses who care for terminally ill infants say it’s putting them in danger.

The Daily Beast reports that neonatal nurses are calling out Trump after he once again lied about them murdering newborn babies, when the reality is that the babies they’re caring for are born with severe health problems that make them impossible to save.

“The families that I’ve worked with, where I’ve handed them their babies for the first and last time, they don’t deserve this kind of thing,” said Anna Schmidt, a nurse who works at a neonatal intensive care. “They don’t deserve to be vilified or to be called an executioner.”

Julia Puler, a neonatal nurse from Michigan, similarly tells the Daily Beast that no parents ever decide to “execute” their newborn babies as Trump has claimed.

“When a baby dies in the hospital it’s because something has gone very, very wrong,” she said. “I can’t point to a single case study of a healthy term newborn that was executed in a hospital. And the mere suggestions of that is just utterly bizarre and dangerous and insulting, frankly, for anyone who is a health-care professional.”