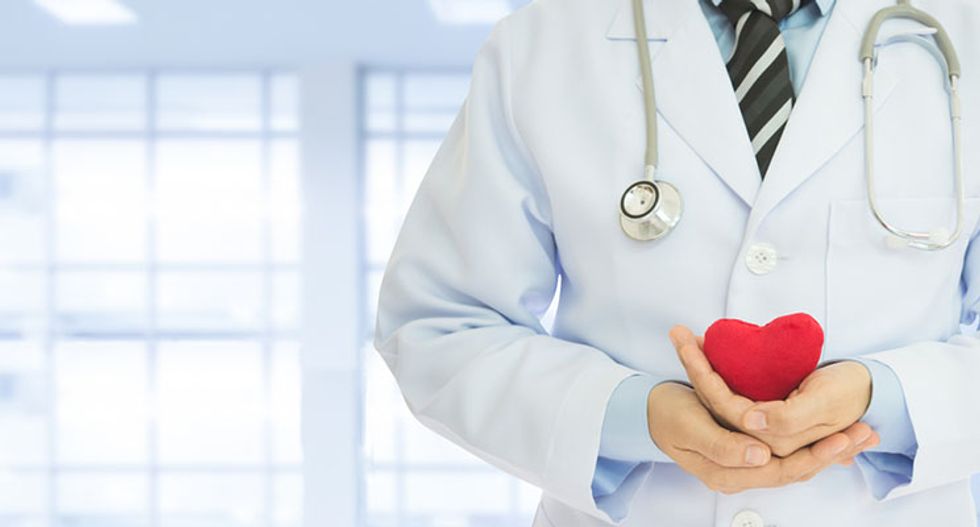 The Trump administration is finalizing details on its plan to grant special religious "rights" to medical professionals who claim a moral objection to providing care to transgender patients, or women seeking an abortion, among others.

The new rules would roll back Obama-era protections, according to a report by Politico.

The Trump administration's so-called "conscience regulations" would extend far beyond those two scenarios.

The proposal, which would directly impact the Dept. of Health and Human Services, "would give HHS 'a lot more authority and power' to effectively remake and enforce existing conscience protections, said Katie Keith, a Georgetown University law professor who’s studied the regulations," Politico notes.

For instance, a medical school receiving federal funds could not deny admission to applicants who refuse to perform abortions; providers could not require staff to inform patients about services like sterilization procedures or advance directives rejecting end-of-life care; and doctors and nurses would gain further protections to refuse providing services like vaccinations.

The forthcoming HHS nondiscrimination rules are the latest example of President Donald Trump violating a campaign pledge to protect the LGBTQ community, advocates for transgender people say. The administration’s ban on transgender troops took effect just weeks ago, and the health department reportedly tried to effectively eliminate the federal definition of “transgender.”

It's possible the "conscience regulations" might extend to those who practice  harmful "reparative" or "conversion" therapy, a pseudoscientific practice falsely purports to turn LGBTQ straight.