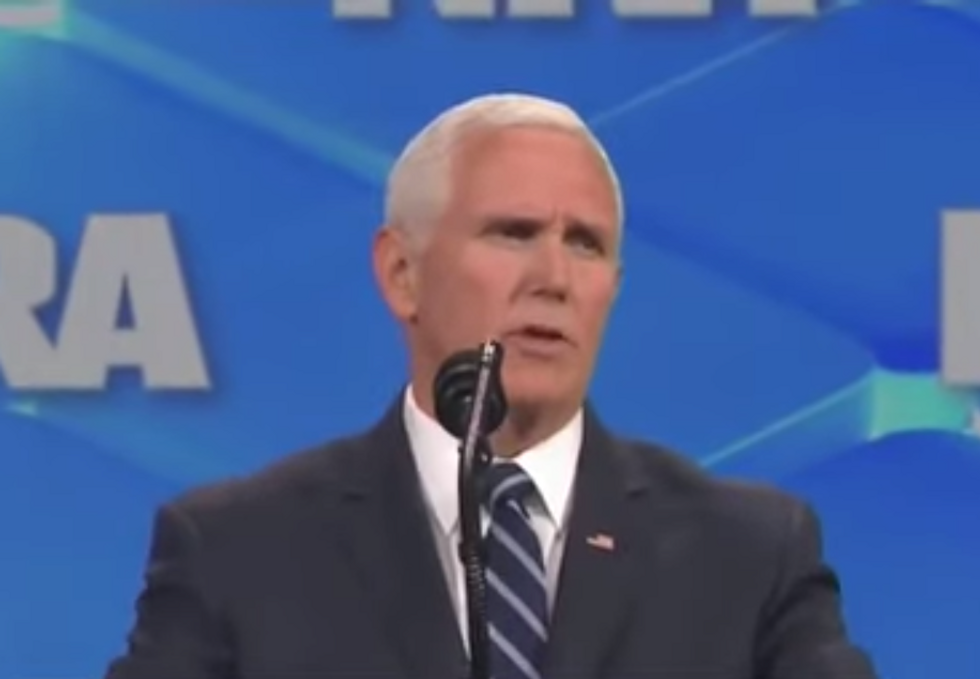 During his speech to the NRA, Pence attacked Sanders for saying this week that he believes all Americans, including felons who are serving jail sentences, deserve the right to vote.

“Some who want to restrict the right to keep and bear arms to law-abiding citizens believe the Boston Marathon bombers should be given the right to vote on death row,” he said. “I got news for you: Not on our watch.”

Pence then started issuing broadsides against the specter of “socialism” in general.

Pence went on to attack Sanders’ “Medicare for All” plan by saying it would lead to “health care for none,” despite the fact that the entire premise of the plan is to give every American taxpayer-funded health care.