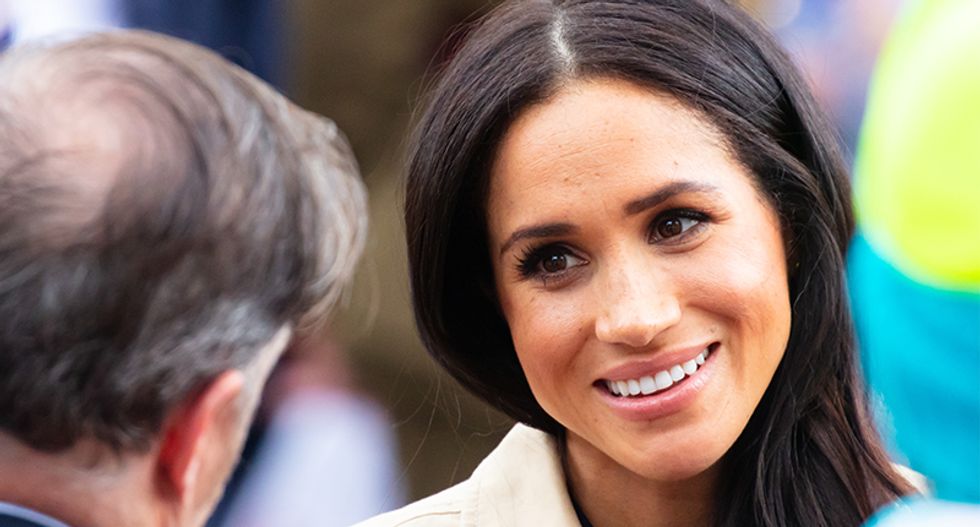 Just when one thinks that conspiracy theorists cannot become any more bizarre, they come up with another outlandish idea. And the strange world of “pregnancy truthers” is the subject of a Daily Beast report published on Tuesday.

“Pregnancy truthers” are conspiracy theorists who believe women are going to great lengths to fake their pregnancies despite overwhelming evidence that they are, in fact, quite pregnant. Jasmin Malik Chua, in her Daily Beast article, explains that Duchess of Sussex Meghan Markle is presently the most prominent target of pregnancy truthers — although she isn’t the first. In 2017, pregnancy truthers believed that R&B superstar Beyoncé Knowles was faking a pregnancy. But Knowles ultimately gave birth to twins, and it was an extremely difficult pregnancy: she has publicly discussed her battle with preeclampsia (a dangerous, potentially fatal condition that, for pregnant woman, is associated with everything from high blood pressure to organ damage).

When it comes to being bizarre, pregnancy truthers give birthers and proponents of the “soy boy” theory a run for their money (the “soy boy” theory, promoted by Alex Jones’ Infowars and other alt-right outlets, claims that soy products are a leftist conspiracy designed to make males effeminate). Just as birthers believe that President Barack Obama is really a citizen of Kenya, despite overwhelming evidence that he was born and raised in the U.S., pregnancy truthers believe that female celebrities will go to great lengths to fake their pregnancies — and in recent months, they have been obsessed with Markle.

In 2019, the 37-year-old Markle (who is married to Prince Harry) has been, hands down, the leading target of pregnancy truthers, who have even coined a term for their theory that she was never really pregnant: Megxit (an obvious play on Brexit). Chua notes that in February, social media journalist Gemma Joyce described the Megxit theory as “reminiscent of some of the similar criticism Beyoncé received during her pregnancy.” And the #Megxit hashtag, Chua reports, has been “growing at a rate of roughly 1500 mentions per week.”

In her article, Chua quotes Katie Nicholl, a Vanity Fair correspondent and author of the book “Harry and Meghan: Life, Loss, and Love," as saying, “suggestions that (Markle) has faked her own pregnancy are ludicrous. I do think the online trolling has got out of hand and has been unacceptable.”

Other hashtags, Chua explains, have been used in connection with the Megxit conspiracy theory, including #DuchessofDeception, #charlatanduchess and #meghanmarkleisnotpregnant. But #Megxit is the most prominent. And pregnancy truthers, Chua notes, have different explanations for how they believe Markle is faking her pregnancy, from strapping on a pillow to using a prosthetic device called a Moonbump.

The use of such a prosthetic device to fake a pregnancy has been depicted in U.S. daytime soap operas as well as Latin American telenovelas. But soap fans generally recognize fake pregnancy storylines for what they are: cheesy entertainment. To pregnancy truthers, however, the fake pregnancies of female celebrities are quite real.

As of April 23, the #Megxit hashtag was receiving 21,300 results in a Google search.