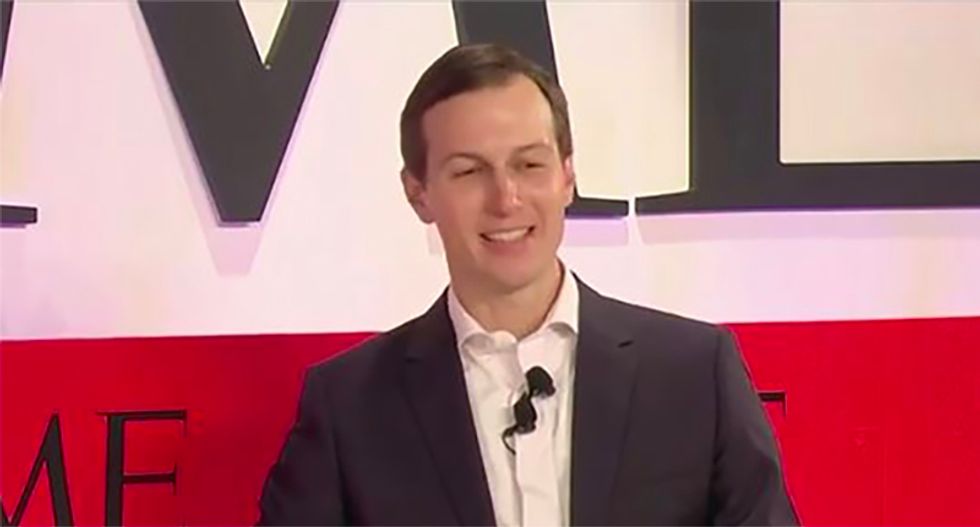 “In the campaign we didn’t know that Russia was doing what it was doing,” said Kushner, who happens to be the son-in-law of then-candidate and now President Donald Trump.

“The notion of what they were doing didn’t even register to us as impactful,” he added.

Right there, of course, are incongruities.

If they didn't know Russia was "doing what it was doing," why would he add that what Russia was doing "didn’t even register to us as impactful"?

Of course, as MSNBC Justice and Security Analyst Matthew Miller, a former Dept. of Justice official notes, President Trump mentioned Wikileaks – the conduit for Russia to distribute the emails it had hacked from the DNC – 141 times during the campaign.

Miller also notes how Kushner is reframing the facts, by "trying to define Russia's interference as their social media operations," and ignoring "the hacking and release of emails."

He's trying to define Russia's interference as their social media operations and ignore the hacking and release of… https://t.co/aCMHJffOUh
— Matthew Miller (@Matthew Miller) 1556032265

Kushner also describes "what Russia did" as, "you know, buying some Facebook ads." He then goes on to attack the Mueller investigation and the surrounding media reports as having a "much harsher impact" than Russia "buying a couple Facebook ads."