It's 'never about him': Fired acting AG Sally Yates praises Robert Mueller as 'the inverse' of Trump 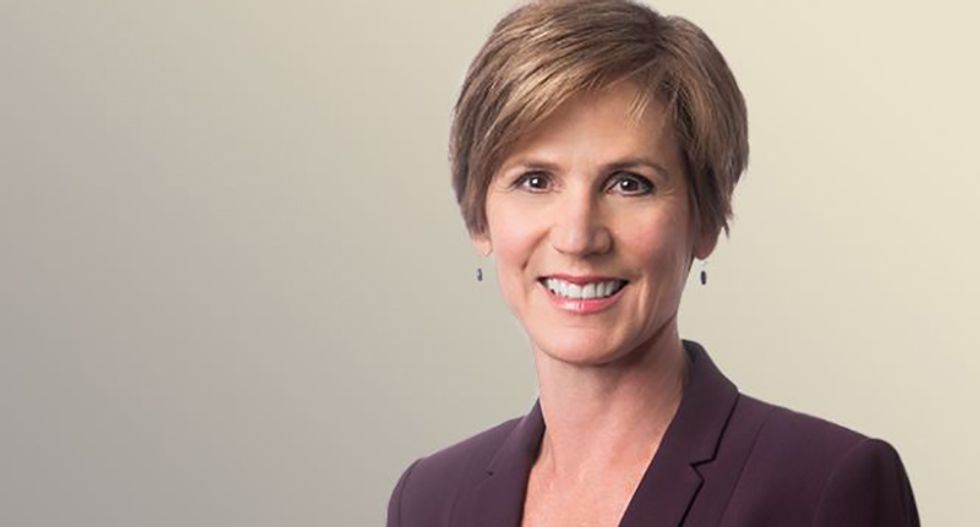 A redacted version of the full Mueller report is expected to come out this week. Ahead of the report’s release, former Deputy Attorney General Sally Yates praised Special Counsel Robert Mueller in high terms: as the opposite of the man he set out to investigate, Politico reports.

In TIME’S most influential people list, Yates calls Robert Mueller “the inverse of the man he would ultimately come to investigate.”

“Born to privilege, Robert S. Mueller III has lived his life governed not by a sense of entitlement but of duty,” Yates wrote. “Distinctly apolitical, he confounds those who can’t comprehend a person driven by his all too uncommon values: honor, integrity, humility, service.”

She also praised Mueller for discharging his duties without grasping for public attention, like many other figures released to Trump and the opposition to Trump.

“Abhorring self-promotion, while the country held its collective breath during his nearly two-year investigation, Mueller uttered not a single public word,” she wrote. “And when he finished, he called it as he saw it. He did his duty.”

She also gave Mueller credit for doing his job well, despite coming up with results that failed to satisfy the expectations of Trump’s biggest opponents.

“He neither flinched nor retaliated,” she wrote. “He just did his job. For Mueller, it’s always about the work, and never about him.”