'It's just not true’: Bob Woodward blows up the myth that Barr memo means Trump 'is out of the woods' 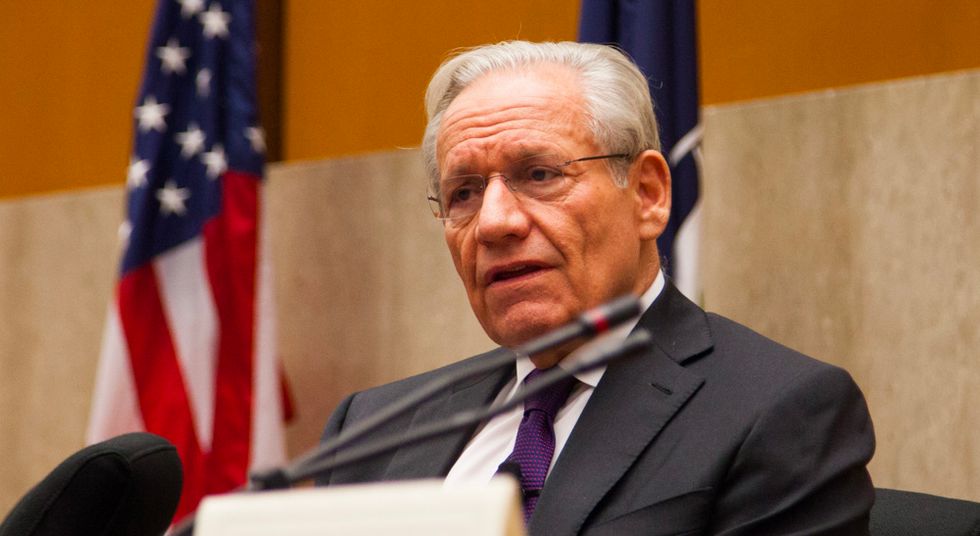 Bob Woodward is no stranger to presidential scandals: the veteran journalist/author, now 76, reported on Watergate extensively during the 1970s, often teaming up with Carl Bernstein at the Washington Post. And Woodward weighed in on the arrival of Special Counsel Robert Mueller’s final report on the Russia investigation during an April 1 appearance on MSNBC’s “Morning Joe.”

The 400-page Mueller report has yet to be made available to the public, but Attorney General William Barr sent a four-page letter to Congress on March 24 that summarized some of its key findings. Responding to Barr’s letter that day, President Donald Trump tweeted, “No Collusion, No Obstruction, Complete and Total EXONERATION. KEEP AMERICA GREAT!” But Woodward (author of the 2018 book “Fear: Trump in the White House”) disagrees with the president’s “total exoneration” analysis.

Woodward told “Morning Joe” co-hosts Joe Scarborough and Mika Brzezinski that while Mueller’s report, according to Barr, did not show a 2016 Trump campaign/Russian government conspiracy, it was not a total vindication of Trump either.

“Barr did say that the Mueller report shows” that there was “not a crime on President Trump’s part,” Woodward explained. “That’s important.”

The one-time reporter on Watergate, however, added, “This is an issue that’s not going to go away. Barr himself has said it’s not over, that he’s going to release more information…. The idea that Trump is out of the woods on this is just not true, but you need to also emphasize very strongly that Mueller is saying he did not find a crime. He also said he did not exonerate Trump.”

Barr, on March 29, sent another letter to Congress—this time, saying that a redacted version of Mueller’s report will be released by mid-April. And Woodward stressed to Scarborough and Brzezinski, “There is going to be great interest in the details that are released. There is going to be even greater interest in the details that are not released because people are going to try to chase them down.”

Woodward went on to say that it is “very important” to note that other Trump-related investigations will not be ending because of Mueller’s final report—including cases that have been “handed off” to federal prosecutors for the Southern District of New York. And Woodward added that while Barr can “supervise” Southern District activities, that “operation up in New York” is “notoriously independent.”

Woodward told Scarborough and Brzezinski, “There is so much more to know, and there are judgements that people are going to make on the facts…. In no way is it over. But on the criminal front, at this moment for Donald Trump, it is.”

Woodward, along with Bernstein, famously wrote 1976’s Watergate-related book “All the President’s Men”—which was developed into a movie of the same name that year (Robert Redford played Woodward, while Dustin Hoffman played Bernstein).

In 2018, “Fear: Trump in the White House” took an in-depth look at Trump’s chaotic presidency.