In 70s New York on the Lower East Side, fire fighters weren't a city service -- they were a godsend 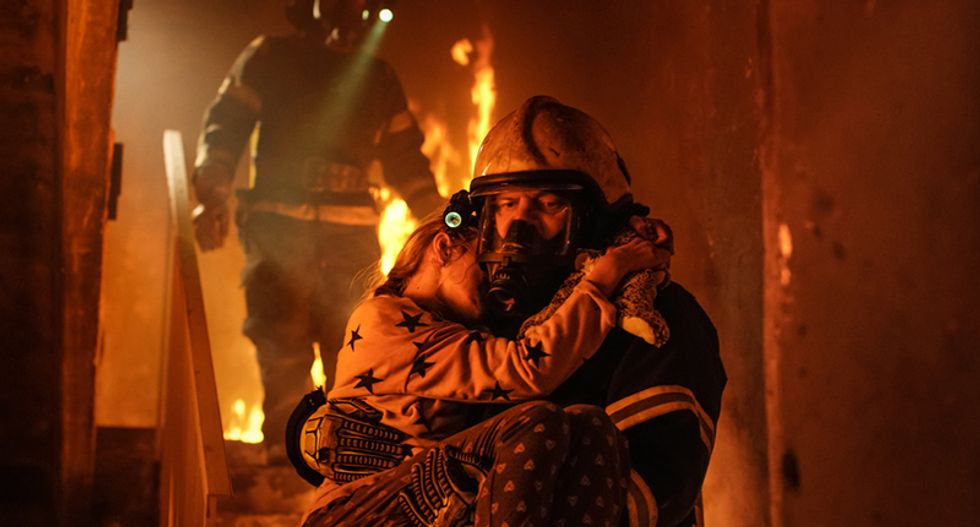 In 1971, deciding which street to take going home wasn’t easy, and it got harder the later it was. You were leaving the Lion’s Head on Sheridan Square in the West Village, or the Voice office on 11th and University, and it was 10 or 11 p.m., more frequently much later, two – three o’clock, when most of the bars were closed. The sidewalks west of University were illuminated by streetlights, and storefront window displays were brightly lit. Going east, the storefronts were shuttered with roll-down steel barriers, and the streetlights had gone out or hadn’t been replaced. Around First Avenue, storefronts were boarded-up, and when you passed Avenue A, you started seeing abandoned tenements with blown-out windows and gaping front doors and garbage littered hallways.  The streets were dark tunnels of poverty and despair.

Which would it be? 10th Street, where a Puerto Rican gang controlled the end of the block near Avenue A? 11th, with its dark, rubble-strewn lots? Or 12th, where arsons had left entire buildings blackened and empty? You’d hear voices from within darkened stairwells — Hola, chica! Looookin’ good! Ven aqui! — and you’d be careful not to look over your shoulder, show fear. You drove your fist into the pocket of your fringed cowhide jacket like you had something in there, a knife, even a gun, and you stretched out your stride, moving faster without seeming to.

You had to watch where you stepped -- there, lying across the sidewalk, a snaking piece of tailpipe and muffler, frame mounts sharp as rusty knives, ripped from a car up on blocks on the curb with its hood open like a gaping, toothless mouth. All four doors were missing, bench seats unbolted, leaned against the wall of the tenement as a place to sit and escape the stifling summer heat that hugged the street like a soggy gray blanket. Step over the muffler, dodge four tipped-over trash cans, their insides spilled across the sidewalk in splashes of broken glass and black beans and chicken bones and wads of toilet paper soaked in chunky brown puke and ripped sneakers and old metal eyeglass frames staring up at you unblinking, blankly, from pools of shame and guilt and pain. Keep moving.

Up ahead, on the right, wasn’t that Galahad’s pad, third floor on the left, what was it, four years ago? Yeah, they put Galahad on the cover of Newsweek and called it the Summer of Love . . . but not between A and B, not where the remnants of dime bags swam in the gutters, where speed wasn’t a velocity but a curse, so far east you were picking up the rotting aroma of the East River, or maybe it was the dead rat you just passed lying right there on the top step of a tenement stoop, the stink thick and weirdly sweet, like burned cotton candy.

But it wasn’t the rat or the river.  It was the stink of your own fear you smelled the closer you got to your $40 a month sixth floor walk-up on Avenue B and 12th Street. You knew from experience that you might not be able to get into your own apartment because junkies sometimes waited around the corner on the stairs, the same junkies who took you off with a knife pressed against your neck the week after you moved in. Thirty bucks, a fortune, gone just like that. The junkies took the money and split and you trudged up six flights with blood running down your neck onto your collar. Looking into the mirror in your grubby bathroom, you didn’t see yourself. All you saw was the blood and the fear.

After that night, you pushed silently through the building’s unlocked front door and stopped and waited. You could hear them if you listened closely, shuffling nervously, picking at themselves, twitching in the dark. On those nights, and there were more than a few of them, you turned around and tiptoed out the door and made your way back across town to the Voice office and slept on the floor of your cubicle. You did this even though you had started taking the precaution of cashing your weekly paycheck at Manufacturers Hanover, the bank just down University Place.  You would convert your $80 paycheck, minus taxes, into $10 American Express Travelers checks, so if you got ripped off again, you could go back to the bank with your receipt and recover your loss. But it wasn’t the money that turned you around at the door of your building when you heard junkies waiting on the stairs. It was the knife. It was the fear.

The intersection of 12th and B was illuminated by a streetlight that was still lit, and there was light from the windows of Stanley’s Bar on the near corner and the fried chicken joint on the far corner. Stanley’s was open until 4:00 and the fried chicken joint was open all night. Junkies loved the place for its greasy, salty chicken and the sweet fountain Cokes they washed it down with. The Greek guy who owned the place put up a “NO NODDING” sign in big red letters on the wall over the counter, but there was always at least one addict at a table in the window with his chin on his chest, leaning over a paper plate of chicken bones and grease.

You picked up your pace when you saw flashing red lights hitting the windows of your building. There was a crowd outside the fried chicken joint. Something was happening on Avenue B. Maybe the cops made an arrest. Maybe somebody got stabbed. Now you could see water running along the gutter, glistening with the reflections of the flashing red lights, and a firehose snaked away from a hydrant. When you reached the corner you could see three fire engines packing things up just down Avenue B near 11th Street. A building on the west side of the avenue was blackened and wet, and although the smoke had cleared, the acrid smell of scorched wood and burned furniture still hung in the air.

The girl who lived next door to you on the sixth floor waved from the chicken joint. She was holding a blanket around the shoulders of an old Latino woman in her nightgown. Can you get her a glass of water? she asked in a thin, frightened voice. She was from a small town in Ohio, a dancer studying ballet at Juilliard, grew up on a farm she told you one night over beers at Stanley’s. She pulled the blanket more tightly around the shoulders of the old woman and looked up at you, her eyes wide with confusion and fear. This wasn’t part of the plan of becoming a ballerina in New York City.

More victims of the fire huddled together inside, their faces blank with shock. You handed a paper cup of water to the dancer from your building, and she held it to the old woman’s lips. She doesn’t know what she’s going to do, where she’s going to go. Her son was killed last week on Avenue C. She has lost everything.

The old woman from the burned out building on Avenue B looked up, her gray hair disheveled, tendrils hanging over her dark, frightened eyes. The fire angels come too late! she cried out.

The dancer looked up at you uncomprehendingly. She turned back to the old woman, trying to comfort her: It’s okay, it’s going to be okay, she said.

But the fire angels! They come too late! The old woman cried out again.

The dancer whispered, What is she saying?

I think she’s talking about the fire engines, you said. There was a new cry from across the fried chicken joint, a man’s voice, anguished, echoing pain and loss.

We waited and waited! Madre de Dio! The fire angels come too late!