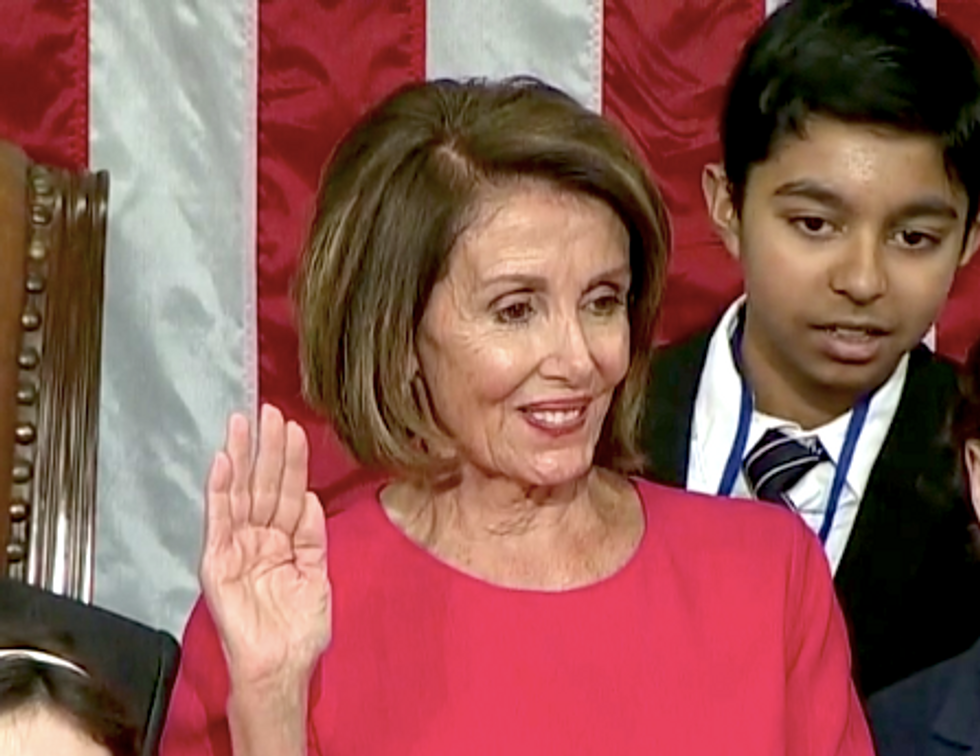 The House of Representatives on Thursday approved a renewed version of the Violence Against Women Act, despite objections from the National Rifle Association (NRA) and some Republicans who argued a new provision in the bill prohibiting dating partners convicted of abuse and stalking from purchasing a gun went too far.

The legislation passed easily in the Democratic-controlled chamber, 263-158, but the divided vote came on what has been continually considered a broad, bipartisan measure first passed in 1994 and reauthorized by Congress roughly every five years since.

Thirty-three Republicans broke party lines and joined all but one Democrat in supporting the bill sponsored by Reps. Karen Bass, D-Calif., and Brian Fitzpatrick, R-Pa., the legislation's sole Republican backer. Rep. Collin Peterson, D-Minn., was the sole Democrat to vote against the measure.

Congress had allowed the legislation, which provides funding and grants for a host of programs which tackle abuse against women, to expire on Feb. 15 as a result of the partial government shutdown. Bass, for her part, argued it is past time for Congress to "better deal with the gaping holes left unfilled in our current law around the issues of domestic violence, dating violence, sexual assault/harassment and stalking."

"This is our opportunity to respond to the basic needs of victims and survivors everywhere, absent discrimination based on their race, sex, religion or nationality," she said during debate.

The latest version of the bill includes new provisions language to keep firearms away from people convicted of dating violence or abuse. Those include an elimination of the so-called "boyfriend" loophole, prohibiting those convicted of stalking or dating violence with whom they have been in a relationship that did not include marriage from purchasing a gun.

The NRA has pushed back against the new provisions, warning lawmakers it would track and publish how they voted in an apparent effort to intimidate Republicans and Democrats in Republican-leaning districts.

"According to the National Coalition Against Domestic Violence, on average nearly 20 people every minute — 20 people every minute — are physically abused by an intimate partner in the United States. That is a tragedy and a crisis. One-in-4 women experience severe intimate partner physical violence, and 1-in-7 have been stalked by an intimate partner to the point at which she felt very fearful or believed that she or someone close to her would be harmed or killed. The presence of a gun in a domestic violence situation increases the risk — hear me — increases the risk of homicide by 500 percent," House Majority Leader Steny Hoyer, D-Md., said from the House floor during debate.

"That is why we aim to close gun loopholes by expanding the definition of intimate partners to include dating or former dating partners," he added. "It is also why this bill has language preventing anybody convicted of a misdemeanor crime of stalking from obtaining a gun."

The bill also strengthens protections for transgender individuals, Native Americans and immigrant women. Democrats have claimed Republicans are prioritizing access to firearms over the safety of women. Republicans, meanwhile, have argued the bill threatens the Second Amendment and have raised concerns that the new provisions could prevent victims of domestic abuse from obtaining a gun to defend themselves.

"Mr. Speaker, my colleagues and I want to find a solution that helps victims, prevents domestic violence and strengthens programs that serve vulnerable populations. We stand willing and ready to discuss ways to do that," Rep. Doug Collins, R-Ga., said on the floor. "But I cannot and will not support a bill that undermines and jeopardizes due process, that curtails prosecutorial discretion, that makes it more difficult for victims in rural areas to find housing, that could weaken programs for female victims, that could re-victimize abused women and that undercuts Second Amendment rights."

The legislation heads to the Senate, where Sens. Dianne Feinstein, D-Calif., and Joni Ernst, R-Iowa, are working on their own bipartisan version of the bill. It is unclear how many of the provisions passed Thursday in the lower chamber would be included in the companion bill or if a broader version of the legislation will ultimately prevail in the Republican-controlled chamber.