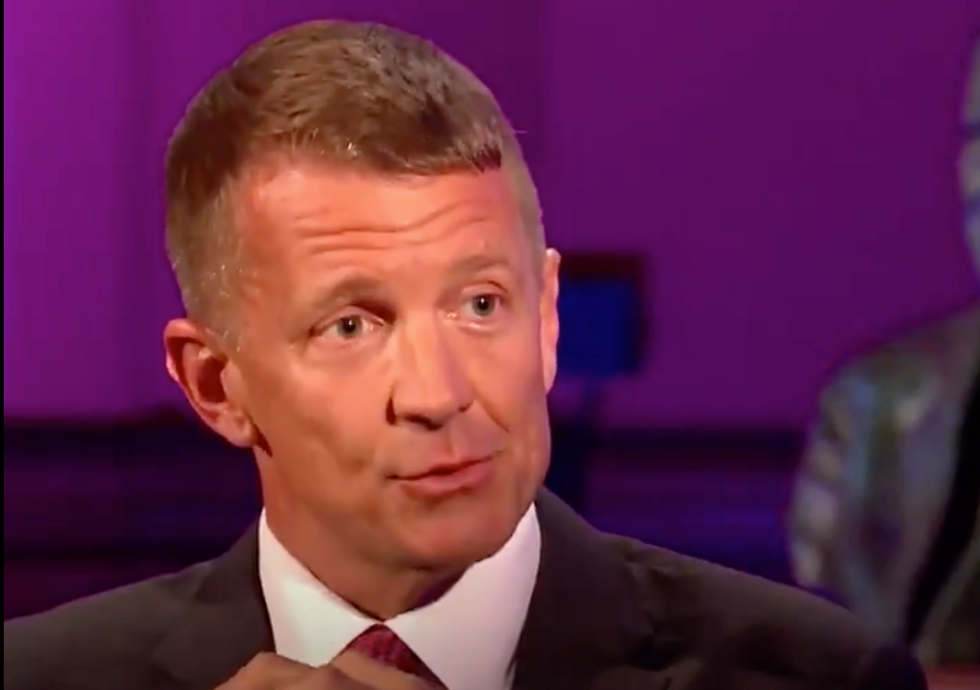 House Intelligence Committee Chairman Adam Schiff has announced that the Committee will make a criminal referral to the U.S. Justice Department on Tuesday on former Blackwater Chairman Erik Prince for possibly lying to Congress, the Washington Post is reporting.

“The evidence strongly suggests that he misled our committee,” Schiff told the Washington Post’s Robert Costa. However, the California Democrat also said that it remains unclear whether or not the Justice Department will ultimately decide to prosecute Prince.

The 49-year-old Prince, founder and former CEO of the controversial private security firm Blackwater and the brother of Betsy DeVos (secretary of education for the Trump Administration), has been a strong supporter of President Donald Trump and his bid for reelection in 2020.

Prince is among the many Trump allies who is mentioned in special counsel Robert Mueller’s final report for the Russia investigation, which was completed in March. In 2017, Prince testified before the House Intelligence Committee, which was under Republican control at the time, and discussed his interactions with Russian businessman Kirill Dmitriev in 2016. Prince, during his testimony, characterized his meeting with Dmitriev as a chance encounter. But according to an analysis by New York Magazine’s Sarah Jones on April 18, Prince’s meeting with Dmitriev in 2016 “does not sound like an impromptu encounter.” Jones reported that Mueller’s analysis of Prince’s interaction with Dmitriev “will likely direct renewed scrutiny to Prince’s congressional testimony. There was already some evidence that he’d been less than truthful with his interrogators.”

Blackwater, which changed its name to XE Services in 2009 and later, Academi, achieved infamy during George W. Bush’s presidency when it was hired for private security in war-torn Iraq. In September 2007, 17 civilians were killed in Baghdad’s Nisour Square when Blackwater mercenaries opened fired on them.