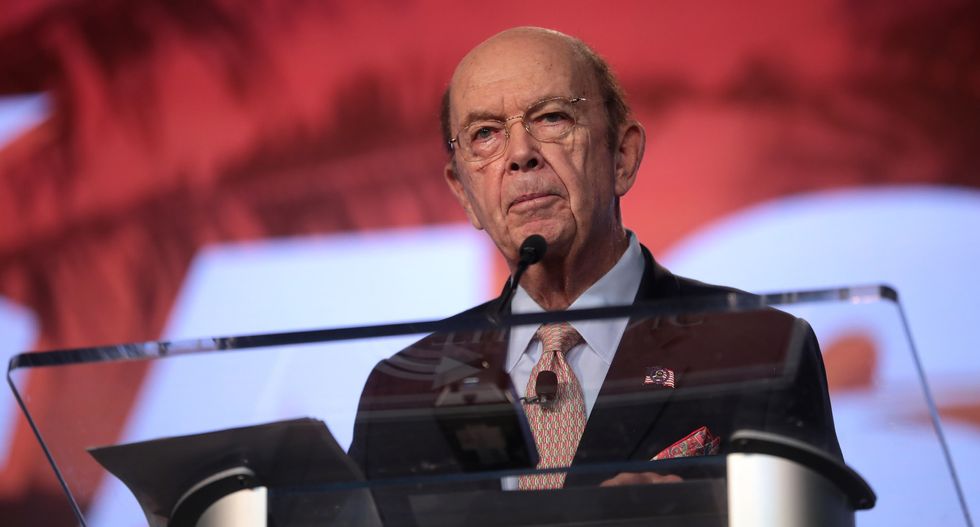 Secretary of Commerce Wilbur Ross has had a challenging time testifying before Congressional committees. The 81-year old multi-millionaire (who once claimed to be a multi-billionaire) might be best known for wearing custom $600 velvet smoking slippers embroidered with his agency's logo to President Trump's first address to a joint session of Congress in 2017.

But he's also known for lying to Congress, which is a felony punishable by fines and jail time.

Whether or not Secretary Ross is an actual billionaire, he does act like one might expect those removed from what average Americans face.

During President Trump's most recent shutdown of the federal government, Ross infamously appeared on CNBC and declared, "I don't quite understand why" furloughed, unpaid federal workers were forced to resort to feeding their families via food banks.

On Wednesday, in a lengthy letter to the House Appropriations Committee, Secretary Ross detailed his reasons for refusing to testify before them. The Commerce Secretary is apparently under the mistaken impression that appearing is optional, like whether or not to wear $625 velvet smoking slippers, assuming one can afford them.

Ross writes, in part, "my appearance at this time would unfortunately distract from the Department’s important business before the Subcommittee."

That was not an acceptable response, as the Committee Chairman, Rep. José Serrano (D-NY), made clear.

“The Secretary’s decision flies in the face of transparency, good governance, and the traditions that ensure accountability within the appropriations process.”

The House Appropriations Committee decided to up its game, taking the battle to social media, where it delivered a one-two punch mocking the Secretary of Commerce.

Responding to Ross' claim that his appearance "would unfortunately distract from the Department’s important business before the subcommittee," the Democratic majority on the Committee wrote that, basically, appearing before Congress is his job.

"Mr. Secretary, government funding IS the business of the Appropriations Committee."