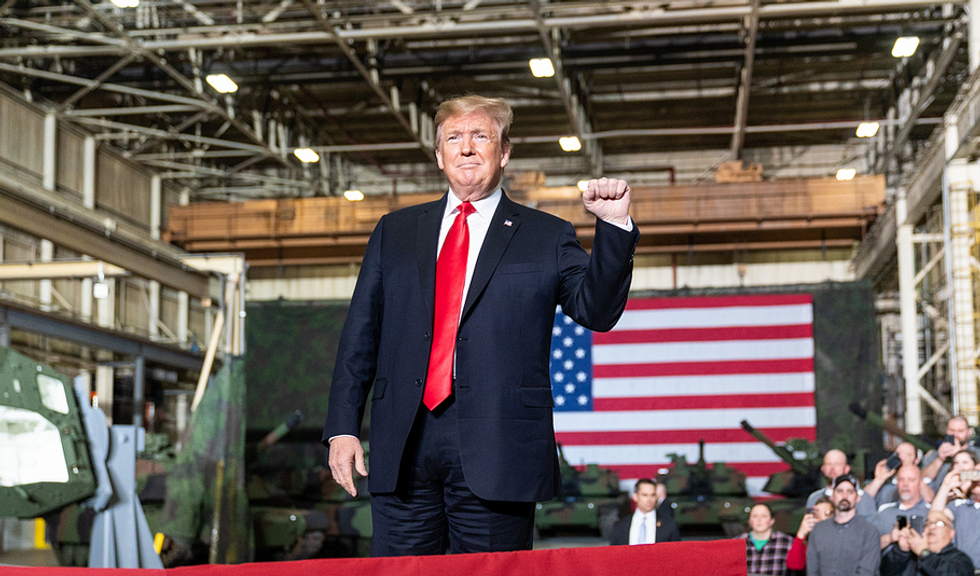 All eyes turned to the White House Thursday after the House of Representatives "made history" by sending a resolution to end U.S. complicity in the Saudi-led assault on Yemen to President Donald Trump's desk.

"The grassroots movement that propelled this landmark legislation through Congress has generated momentum that can't be stopped by the president's anticipated veto."

"President Trump has threatened to veto the resolution, but he could and most certainly should change his mind," Paul Kawika Martin, senior director for policy and political affairs at Peace Action, said in a statement following the 243-176 vote.

"For Trump, this vote poses some theoretically simple questions," added Martin. "Does he want to continue violating the Constitution to support a famine-inducing intervention responsible for the worst humanitarian crisis on the planet? Does he think arming and advising countries that give U.S. weapons to al Qaeda is an acceptable cost of doing business?"

"This bicameral success is the strongest signal Congress has sent to date that the Saudi-led coalition must stop the slaughter and starvation of Yemeni men, women, and children," Gould said. "The grassroots movement that propelled this landmark legislation through Congress has generated momentum that can't be stopped by the president's anticipated veto, and it won't stop until American complicity in the world’s largest humanitarian crisis ends."