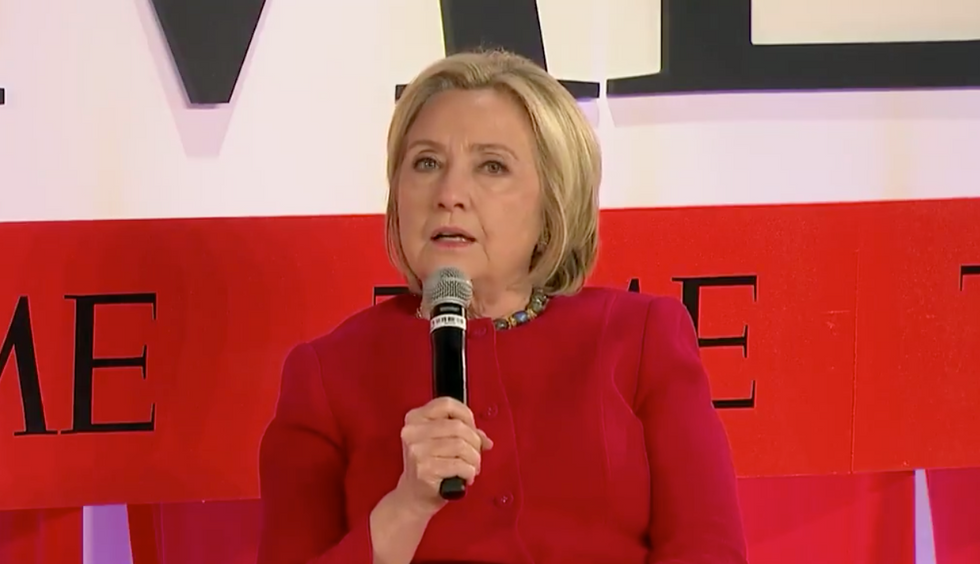 With all the talk about Special Counsel Robert Mueller's report on the investigation into Russian interference in the 2016 election, one person has been largely absent from the conversation: Hillary Clinton.

But President Donald Trump's 2016 opponent weighed in on the report on Tuesday in an interview with Time, and she emphasized the strength of the obstruction of justice case against the occupant of the White House.

"I think there's enough there that any other person who had engaged in those acts would certainly have been indicted," she said. "But because of the rule in the Justice Department that you can't indict a sitting president, the whole matter of obstruction was very directly sent to the Congress. And if you read that part of the report, it could not be clearer. As I read it, what I thought it was saying is: 'Look, we think he obstructed justice; here are 11 examples of why we think he obstructed justice. But we're under the control of the Justice Department, and their rule is you can't indict — but we do have checks and balances in America, and there is this thing called the Congress.' I mean, you could not be more explicit than: 'Please, look at this. You may look at it and conclude it doesn't rise to an impeachable offense; that's your job. But I'm giving this to you.'"

Attorney General Bill Barr's decision to declare the question of obstruction of justice his responsibility, and to attempt to exonerate Trump on that charge, clearly undermined the intention of the report, as Clinton described it.

Hillary Clinton on whether Trump obstructed justice: "I think there is enough there that any other person who had e… https://t.co/1hSb6qsFiE
— Kyle Griffin (@Kyle Griffin)1556050257.0