Here's where homeownership starts at $1 per square foot 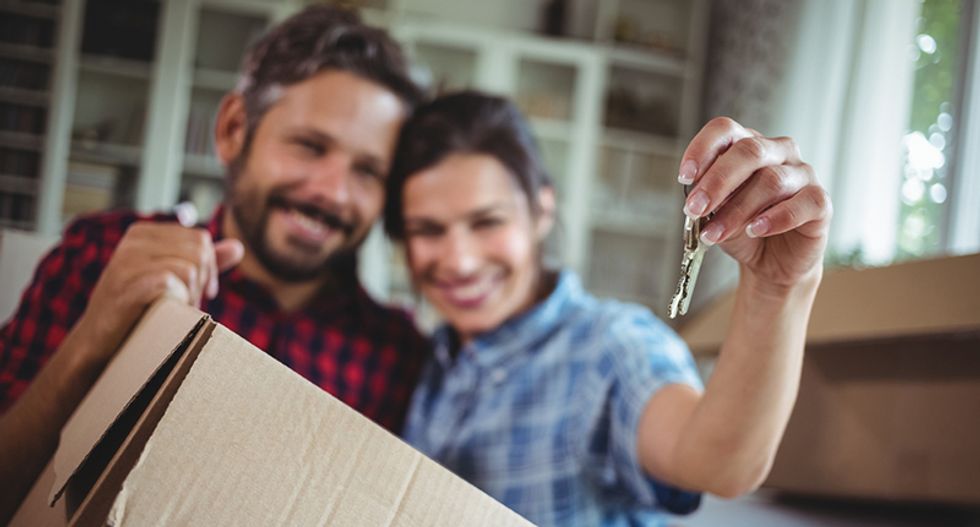 A radical experiment in a Detroit neighborhood is the American Dream come true for its most disadvantaged populations. For just $1 per square foot, people who are unhoused, people with disabilities, youth aging out of foster care, veterans, or those formerly incarcerated gain new accessibility to home ownership.

Cass Tiny Home Development, a program under the nonprofit, shares some elements with a “Housing First” model, a term applied to programs that provide stable housing before addressing issues like mental illness or drug addiction, which often accompany homelessness.

But the Cass program doesn’t remove all barriers. Applicants need to have a certain amount of stability in their lives before they get in, but “not so much that they could rent or buy property without our help,” Fowler says.

That means having an income between $7,000 and $12,000 per year, the ability to pay rent and electric bills, meet regularly with financial coaches, and volunteer at least eight hours a month in the community. Some residents may have criminal records, but the program focuses on inclusion of those unlikely to fall into recidivism.

After seven years, the tiny home and the land on which it rests are deeded to the resident, mortgage-free, and one more person has transitioned from a place of housing insecurity to place of housing equity. For many making that transition, it’s the first time they’ve ever owned a home.

“The program is promising,” says Claire Herbert, an assistant professor of sociology at Drexel University who studies housing and homelessness. “It creates an avenue for former prisoners to gain access to stable housing that they might not have the opportunity to do otherwise.”

As of June 2018, about 39,000 inmates were held in 31 correctional facilities across Michigan. Transition from incarceration to parole has always been contingent on several factors, including the stability of an inmate’s intended housing arrangement once released, but Herbert says that, more and more, research is focusing on the process of prisoner re-entry, and support systems that reduce recidivism.

For example, a new Michigan law grants earlier parole to those considered at low risk to re-offend. But the law comes with a new challenge—increased responsibility to support this growing population in successful re-entry to society, and that success is centered on stable housing.

“The traditional model for getting the homeless back into stable housing is to have them jump through a series of hoops to demonstrate their preparedness for being housed,” Herbert says, “but what Cass is doing meets the needs of a particular community in a particular place.”

“This is a Housing First model that says ‘everyone is ready to be stably housed,’” Herbert says.

Like many other organizations, Cass Social Services tested a variety of housing models in the past. “What we found is that many of our people could move on, but [eventually] they’d come back, like a boomerang,” Fowler says. Good people of limited means may end up with cars that break down or jobs that are eliminated, and they become homeless. Fowler wanted to help create a financial safety net—economic mobility for those without. In considering how the organization could offer housing security and a way for tenants to acquire assets to help them build wealth, “Tiny homes seemed to fit that bill,” she says.

Former inmates reintegrating into society make up a minority of the residents of Cass Tiny Homes. Other residents, including foster children aging out of care, can also find themselves without assets or even a stable foundation on which to enter adulthood.

“Nationally, about 20,000 young people age out of foster care each year, and about a third will go on to experience homelessness,” says Dawn Rains, a former foster parent and chief policy and strategy officer at Seattle’s Treehouse, a nonprofit combating systemic obstacles on behalf of youth in foster care. Through wraparound case management and a partnership with the Seattle YMCA, Treehouse helps connect youth to housing and life skills.

Still, in spite of these efforts and Washington state’s extension of foster care provisions to age 21, about 500 young people age out every year. In response to this, a new state law prohibits public systems from graduating anyone who would then become homeless.

“Whether exiting from the juvenile justice, foster care, corrections, or mental health system,” Rains says a workable plan for housing must exist. Right now, there simply isn’t adequate supply for the demand, but various state agencies are calculating the path to full implementation of the law.

An approach like Fowler’s through the tiny home program, she says, “is an absolutely innovative solution, and a really critical help for this population.”

Fowler’s parents taught public school. Her inspiration came from their examples of sacrifice and generosity, leadership styles that children observe and mimic when parents do it well. She also received an inheritance after the death of her mother, underscoring a privilege that starkly contrasted with the lives of those she served.

As of April 2019, Cass Tiny Home Development has built 13 houses in the Dexter-Linwood neighborhood of Detroit, and six more are under construction. The homes range from 250 to 400 square feet, and can accommodate up to two occupants each. In a short time, the tiny homes village has experienced a rebirth. “Response has been extremely positive,” Fowler says.

Funding for the project has been donated by corporations, foundations, religious organizations, schools, and individuals. “People have been quite generous,” Fowler says.

The first contribution, from Ford Motor Company Fund, provided $400,000 for groundbreaking and structural development of the homes on land owned by the nonprofit. The organization has enough money to build 25 houses and is raising funds for 10 more, plus sidewalks and fencing, she says. The new homes will be large enough to accommodate families. A number of architects have been involved with the project, half of whom donated their services, and other costs are offset by residents’ rent.

The second phase of development in the tiny home project will include a commercial strip to provide services and jobs in the neighborhood. But Fowler says they’ll be careful about who can set up shop there.

“What we don’t want to do is build 35 houses, and then at the end of the block, have medical marijuana and payday advances and things like that,” Fowler says.

She plans to have a “one-cup” car wash on the site, a greener option that only uses one cup of water converted to steam, compared to 100 gallons used by a traditional car wash.

“This is the kind of innovation that ties in nicely with our emphasis on sustainability and the planet,” Fowler says, also noting this is a type of business that can employ people with fewer workplace skills.

The initiative also functions as an anti-poverty program. Unlike most any other low-income housing across the country, these homes represent a strategic wealth-building opportunity, and doesn’t penalize tenants when their annual incomes rise above $12,000. In fact, “the program encourages residents to make, and save, more money,” Fowler says.

Updated April 11, 2019: This story was corrected to reflect how long Faith Fowler has been a pastor at the church, the relationship between the church and Cass Community Social Services, and to clarify the housing program's model and the population mix of its residents.