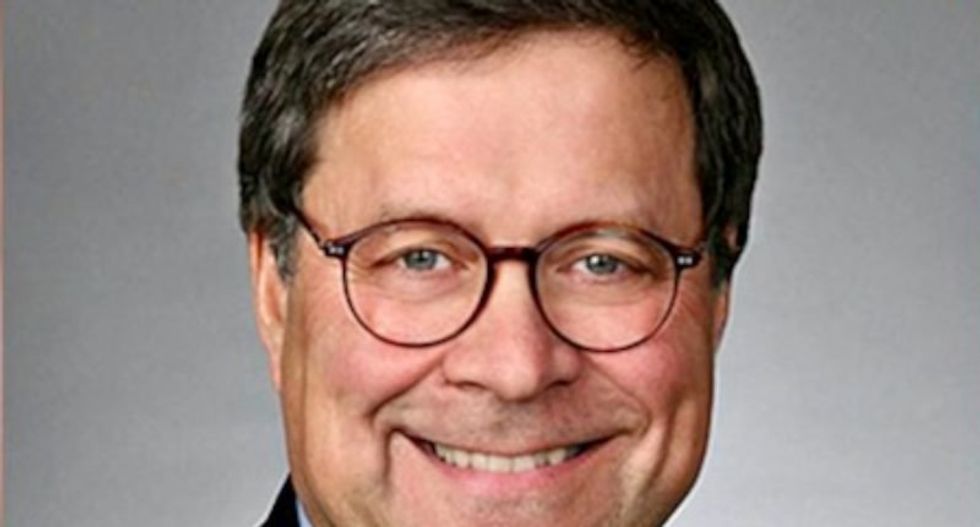 It should come as no surprise, national security expert Marcy Wheeler wrote in a new op-ed, that special counsel Robert Mueller's team thinks the attorney general downplayed accusations against the president — because public records prove it.

Wheeler wrote in a Friday Washington Post column that by the time Mueller submitted his report to Barr, there was already public evidence that "undermined" the AG's summary.

"Barr’s letter may have been accurate, technically speaking," she noted. "But based on what it omitted about two key associates of President Trump — his longtime adviser Roger Stone and his former campaign chairman, Paul Manafort — it was obvious that the attorney general had left whole areas of special counsel Robert S. Mueller III’s findings out of the summary."

It's likely, Wheeler wrote, that Mueller's report is a lot more damning that Barr's assertion that nobody "in the Trump campaign or anyone associated with it conspired or coordinated with Russia" — especially given that public records and reporting revealed that the special counsel "found evidence that Stone sought to optimize the WikiLeaks release of the emails Russia stole from Democrats."

During his congressional testimony in February, Cohen revealed that in July 2016, someone on the Trump campaign "was directed" to find out if there would be an additional dump of stolen emails after the first trove was released by WikiLeaks.

"Stone’s indictment doesn’t say by whom," Wheeler noted, "but we don’t know whether Mueller’s report does."

Wheeler added that it's now public knowledge that Manafort "may have gone further in attempting to coordinate with Russians directly [that Stone] by providing information that might make their efforts more effective" — and he was also not mentioned in the Barr summary.

She went on to use a telling incident from the attorney general's confirmation hearing that could illuminate why his summary is so lacking.

"Do you believe a president could lawfully issue a pardon in exchange for the recipient’s promise to not incriminate him?” Sen. Patrick J. Leahy (D-VT) asked then-nominee Barr.

“That would be a crime,” he responded.

The attorney general now "appears to be hiding the details of what really happened with Stone and Manafort to come to the opposite conclusion in his memo," Wheeler concluded. "Perhaps that’s why Barr wrote a narrowly crafted memo rather than releasing the summaries Mueller’s prosecutors wrote themselves."